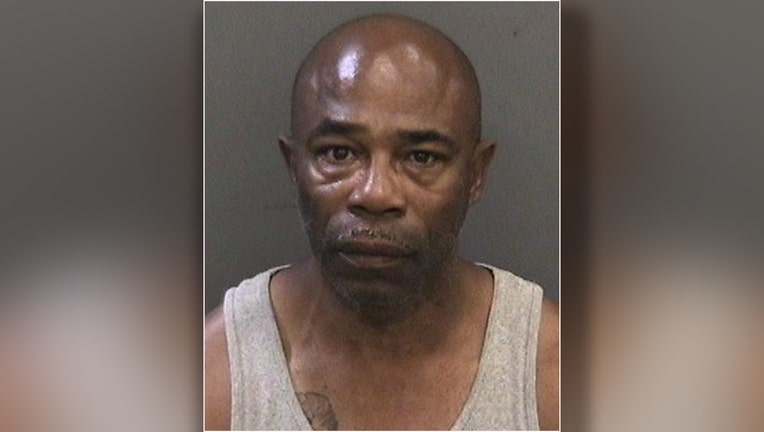 TAMPA, Fla. - Tampa police have arrested Antonio Whitehead, 55, after they say he severely beat a woman who was walking to work Thursday morning.

Detectives say they received a tip through Crime Stoppers of Tampa Bay that the suspect was reportedly at the Salvation Army located at 1514 N. Florida Ave. Friday night. Officers spotted a car matching the description of the suspect vehicle in the parking lot and saw Whitehead enter the building. He was arrested without incident.

Whitehead was charged with aggravated battery on a victim 65 years old or older. He was also charged with violation of probation, which began on October 31, 2020, for cocaine sale/delivery/manufacture and obstructing a criminal investigation.

The victim, identified only as a woman in her mid-60s, was walking along the 5100 block of Nebraska Avenue Thursday morning when she said she noticed a man on a dark-colored Honda Accord following her.

Police say the suspect approached her and tried to "proposition her." The woman told the man to leave her alone and tried to run away, but she tripped. The man caught up to her and began kicking and punching her around the head and upper body before getting into his car and fleeing the scene, according to police. The attack was captured on surveillance video.

The woman was taken to a nearby hospital with serious injuries and multiple lacerations. She remains hospitalized and is being closely monitored for a possible cardiac injury stemming from a bruised heart as a result of the assault.