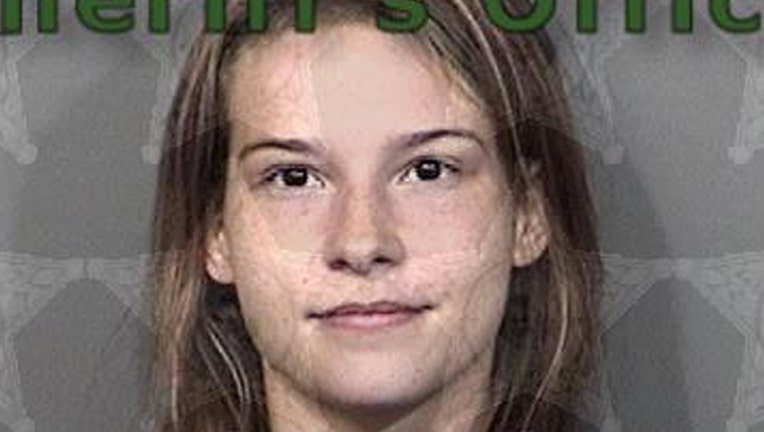 MELBOURNE, Fla. - Police said that while attempting to arrest a woman accused of possessing marijuana, a crowd gathered around them and kicked sand onto them.

An arrest affidavit from the Melbourne Police Department said that the incident happened on Saturday at Paradise Beach.

They said that two uniformed officers were on foot patrol when they noticed a woman, identified as 18-year-old Alyamia Burdick, smoking a rolled cigar and holding a bottle of Hennessey. When she noticed the officers, she tossed the cigar to the ground. They identified the substance inside as marijuana due to the smell and green leafy appearance.

They then reportedly told Burdick that she was being placed under arrest and to place her hands behind her back. However, during the arrest, she is said to have tensed her arms and started to pull away. She eventually pushed away and tried to escape. She was taken to the ground and another arrest attempt was made.

However, the arrest affidavit said that it was difficult to handcuff her due to the sand and body oil on her. She continued to struggle with officers and tried to escape. A crowd began to grow around the officers and Burdick.

It then said that one handcuff was secured but officers continued to attempt to get the other one on. She remained tensed and tried to pull away. Another crowd gathered and kicked sand onto the officers.

MORE NEWS: Stimulus checks: IRS says next batch of payments will be disbursed in coming days