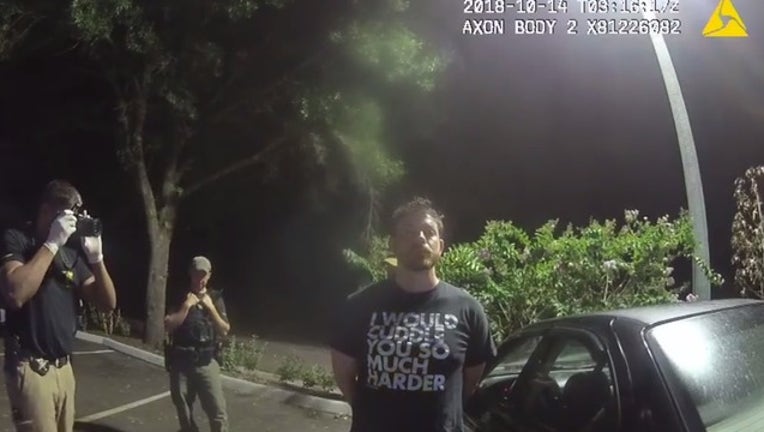 FOX NEWS - A Florida barber who claimed he just wanted to see an undercover sex sting in action was among seven men arrested last week after they showed up to have sex with who they thought was a child, authorities said.

James Bowen, the 34-year-old co-owner of Bob’s Barbershop in Gainesville, was arrested at Racetrac station in Deltona in what’s being called “Operation Unlawful Attraction,” the Daytona Beach News-Journal reported. Bowen reportedly showed up wearing a shirt that read: “I would cuddle you so much harder.”

Bowen “told deputies he only came to the meeting place because he believed it was an undercover sting and he thought it would be cool to see it in action,” the Volusia County Sheriff’s Office said in a statement.

Bowen and six other men had been having sexually charged chats and texts with an undercover detective they believed was a 14-year-old girl, officials said. The Sheriff’s office released video of all seven arrests.