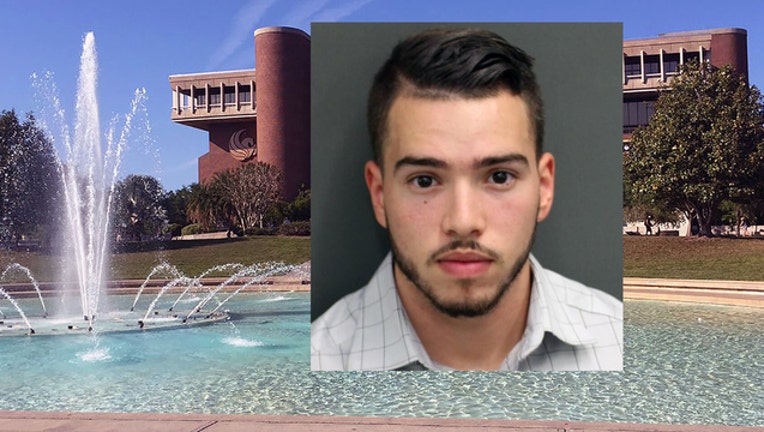 ORLANDO, Fla. (WOFL FOX 35) - Police at the University of Central Florida on Wednesday arrested a student, accused of hacking into a school computer and changing his grade in an engineering class.  The crime is a felony under Florida law.

Investigators said after a professor was alerted to the alleged tampering, he discovered that 22-year-old Sami Adel Ammar's grade had been changed from an “F” to a “B.”  The professor told police that the student’s name stood out, because Ammar "had only completed one assignment the entire semester."

Through the course of the investigation, which began in early May, detectives located an IP (Internet Protocol) address of the computer which they said accessed the server to change the grade.  Surveillance video placed Ammar and another person at the location of the computer at the time the grades were altered, police said.

Ammar was uncooperative when questioned, according to authorities, and he has since been trespassed from the campus.  A warrant for his arrest was signed on Tuesday, and Ammar turned himself into the Orange County Jail on Wednesday afternoon.

Authorities are reviewing the involvement of the second person.