The Orlando Police Department has made an arrest in a possible road rage shooting that left the victim with serious injuries.

ORLANDO, Fla. - The Orlando Police Department has made an arrest in a possible road rage shooting that left the victim with serious injuries.

Detectives say around 4 p.m. on April 6, police responded to a shooting on S. Semoran Blvd. between Curry Ford Road and La Costa Drive.

"An adult male driver was shot by a stranger in another vehicle, following some kind of interaction. The victim’s injuries are serious," police said in a news release.

The Orlando Police Department has made an arrest in a possible road rage shooting that left the victim with serious injuries.

Police have released videos of a suspect they believe was involved in a road rage shooting in Orlando.

Police released security video on Friday that showed the victim running from his vehicle after being shot.

According to investigators, Polite Jr. and the victim were driving down Semoran Blvd. The victim reportedly laughed when he noticed Polite Jr. and his girlfriend fighting in their vehicle. That's when police say Police Jr. shot at the victim through his car, hitting him in the stomach.

Kizzy Padillo is the general manager of the Jiffy Lube near where the road rage incident happened on Semoran Boulevard Tuesday. She jumped into action shortly after the victim jumped out of his car.

"Just applied pressure onto his wound just to keep him from bleeding additionally," she explained. "He was in shock. He had a lot of pain so I was just talking to him," said Padillo.

Detectives stopped by Thursday to let her know an arrest had been made.

Padillo said she has relieved he has been arrested and hopes he gets some help.

Police said the victim’s injuries to his stomach and intestines are so serious, he will never be the same.

"He’s gone through several surgeries. His mother came and stopped by to see me. She wanted to thank me and wanted to meet me. I was glad to hear that he was doing good despite the long road that he’s going to have, it’s better that he’s here."

Police said that during the investigation, it was determined that Polite Jr. was wanted in another case.

In a video that investigators released on Friday, the suspect is seen in a social media video pointing a gun at a random jogger in the 4800 block of Grant Street in Orlando.

"It literally shook me to my core," one official said during a news conference. 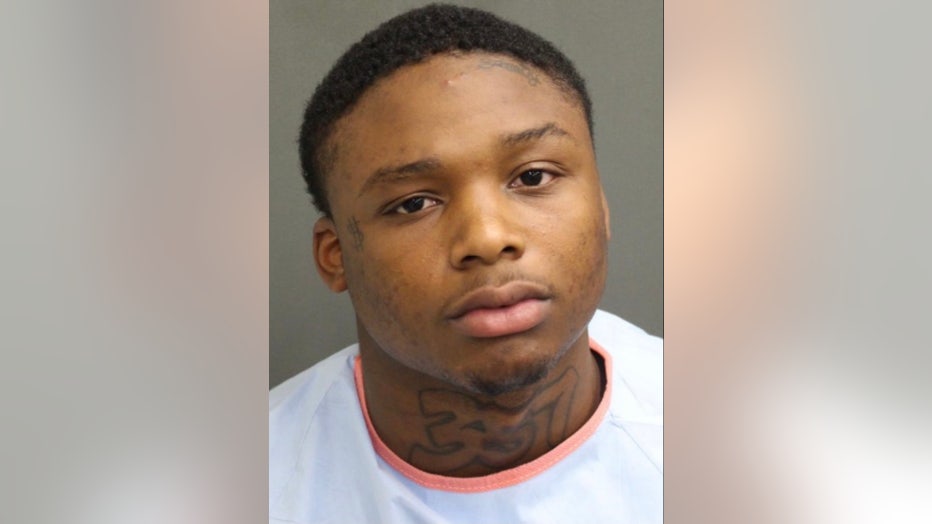 Investigators were able to find the jogger and ask him about the incident, who told police that he remembered it but he thought it was kids messing around with a laser pointer. When the jogger was shown the video of a gun being pointed at him, police say he was shocked.