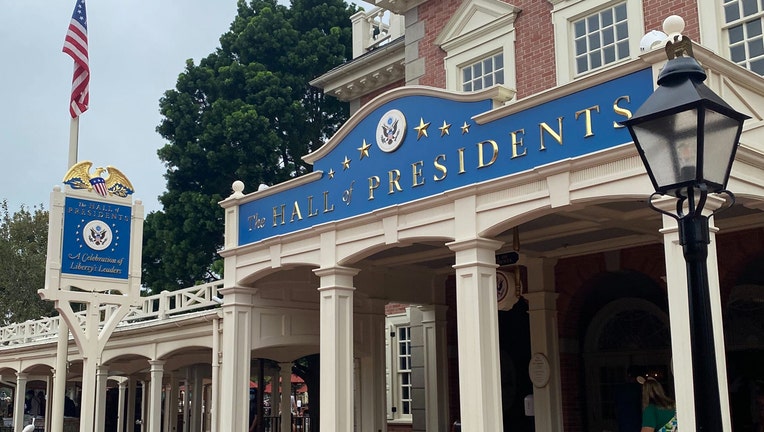 ORLANDO, Fla. - A new report says that the Hall of Presidents attraction at Walt Disney World's Magic Kingdom has closed for refurbishment and a Biden figure will soon be added.

According to the Walt Disney World website, the Hall of Presidents at Magic Kingdom is currently closed for refurbishment.

This closure comes on the same day that Joe Biden was inaugurated as the 46th President of the United States of America.

The Orlando Sentinel reported that a Disney World spokeswoman confirmed Wednesday morning that the attraction will be updated with a Biden figure.

This is a normal transition for the attraction, as a new figure is added every time a new president takes office.

The attraction seats guests in a theater with three digital projection screens. A film plays telling the story of the nation's founding and the presidents that took office along the way. Animatronics of each President are in the theater and appear throughout the show.