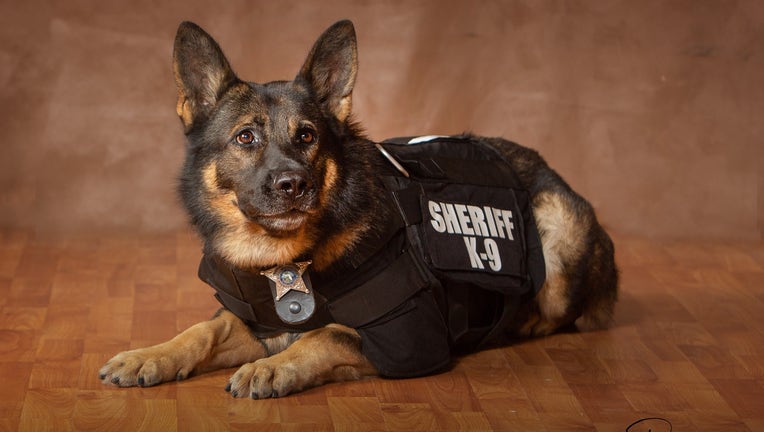 POLK COUNTY, Fla. - The Polk County Sheriff's Office is mourning the loss of one of its beloved retired K-9's.

"He was a well and faithful servant for many years here at PCSO, helping two different handlers keep people safe and put bad guys in jail," the sheriff's office wrote in a tribute on Facebook.

Kony came to work for the sheriff's office in 2011 when he was 2-years-old.

"His first handler was Deputy Sheriff Kurt Walker, and together they were a dynamic duo. When Deputy Walker was promoted to Sergeant in 2014, Kony paired up with Deputy Sheriff Mike Hill."

Kony retired in 2017 and went to live with Hill's family until his death on Thursday.

"He was a special Hero and one of the best I have ever had the privilege to work with," Hill said. "Kurt did a phenomenal job selecting him and giving him a solid foundation in training him."

"We know the Hill and Walker families will miss Kony - he was a fabulous dog and we are grateful for his many years of service to our agency and the people of Polk County. Thank you, Kony. You were such a good boy."