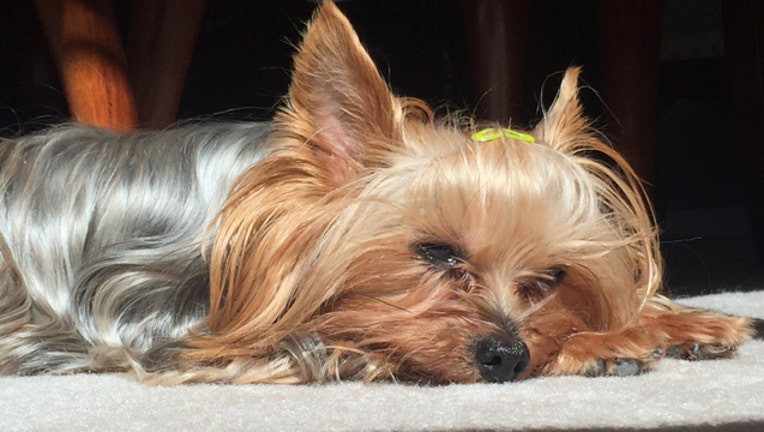 Beanie has been missing since Wednesday.

If you have any information about the whereabouts of the dog or the burglary, contact the Brevard County Sheriff's Office at 321-264-5100.

Courtney Mulligan is in tears as she talks about her 12-year-old dog, Beanie.

"Our hearts are shattered without her, and it's just senseless!  Take whatever you want!   She truly was a part of our family,"  Courtney said.

Her mother, Mary, came home Wednesday to find that their Titusville home had been burglarized.

"Everything on the floor. Jewelry was missing and silverware that was in the China cabinet was all missing," Mary explained.

Their most cherished possession, Beanie, is their biggest concern right now.  A spokesman for the Brevard County Sheriff's Office said the dog was reported missing during the burglary, but Mary has her own theory on what happened.

"It was no way she could get out on her own, because the window was the only way in or out. All the other doors are dead-bolted, and so the window was the way the people came in and left. She's a Yorkie and she's of value, so I believe that they recognized that and they took her with them."

The Mulligans are now offering a $2,500 reward to get their beloved Beanie back. They say the don't care about the loss of things that they can replace.

"If we found her, everything that we've lost is so diminished now, ya know, it's okay," Mary told us, and her daughter added, "We will not ask questions with whoever brings her. We will give the cash reward. We just want to get her home."

Beanie weighs about 5 pounds.  If you have any information about the whereabouts of the dog or the burglary, contact the Brevard County Sheriff's Office at 321-264-5100.