Florida teen is recovering in the hospital after a nasty shark attack in Taylor County. Addison Bethea, 17, was scalloping with her brother, Rhett, when she felt something tap her led. Just seconds later she was being pulled underwater.

LAKE MARY, Fla. - A Florida teenager is recovering in the hospital after a nasty shark attack in Taylor County. Addison Bethea, 17, was scalloping with her brother, Rhett, when she felt something tap her leg. Just seconds later, she was being pulled underwater.

"When she came up, she yelled, and I think Rhett heard her," said Addison’s mother, Michelle Murphy.

"She was fighting the shark. She tried to pull it off of her leg with her bare hands," she explained. "She’s got bite marks on her hand."

An estimated 9-foot shark was attached to Addison’s right thigh. Her brother, who is also a Taylor County firefighter, tells FOX 35 News that once he saw the blood, he stepped in between his sister and the shark.

"I think he had to hit it two or three times, and it finally took off," said Murphy.

A nearby boater drove over and helped her brother pull her aboard. The two made a tourniquet out of boat rope to slow her bleeding. 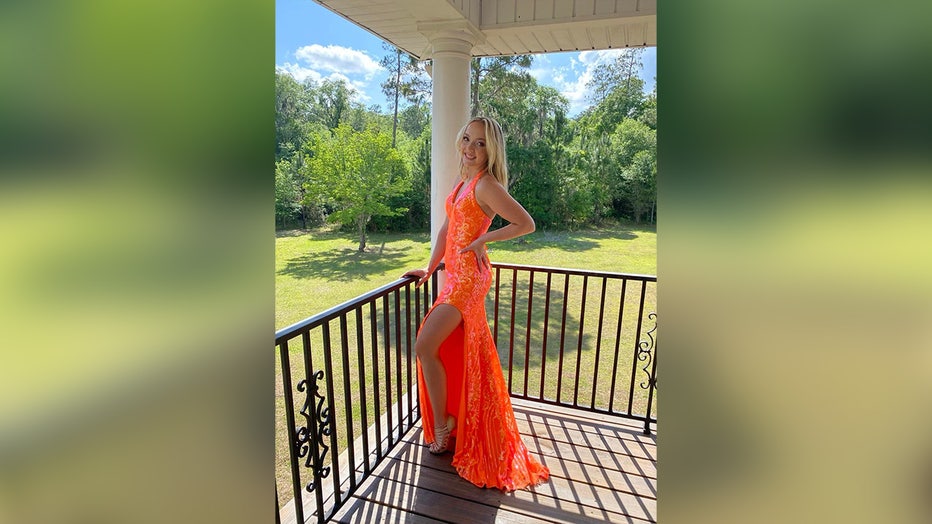 "My son put a tourniquet on her leg which saved her life because it was a life-threatening injury. If it had not been for his quick thinking, she wouldn’t be here right now," said Murphy.

Addison now has a long road to recovery ahead of her before her senior year of high school. Her leg was seriously injured, but she does have blood flow to her foot. She suffered "devastating damage to the soft tissue in her right leg" and underwent emergency surgery at Tallahassee Memorial HealthCare, according to the hospital’s Facebook page. "She will undergo a second surgery Saturday, July 2 to further investigate the extent of the damage to her leg and determine what treatment options are available with the goal of saving her leg," the post continued.

In the end, all that matters to her family and her brothers is that she is alive, and they are thankful for the outpouring of support from the community.

"She woke up with a good sense of humor about it and smiling, and she’s joking with us. That’s a blessing because we could’ve lost her yesterday," said Murphy.

Florida has led the U.S. and the rest of the world in unprovoked shark bites for decades, and the trend continued in 2021, researchers said. Florida had 28 unprovoked bites last year, compared to 19 in the rest of the U.S. and 26 total outside the U.S. This is consistent with Florida’s most recent five-year annual average of 25 attacks. Of Florida’s 28 unprovoked bites, 17 were in Volusia County, which includes Daytona Beach.