Sheriff Chitwood reunites with man who helped him after crash

Volusia County Sheriff Mike Chitwood met up with the man who helped him after he was hit by a car while riding his bike.

PORT ORANGE, Fla. - Volusia County Sheriff Mike Chitwood is back on the job after a car hit him while he was out riding his bicycle. Dashcam video from a waste truck driving behind the car that hit the sheriff shows the accident.

You can hear the driver's reaction when he sees the accident.

"Ooh! Bro! He just got hit on a bike!" the truck driver, Allen Ramos, said.

Ramos pulled over to help, but the driver of the car just kept going. Port Orange police say that driver is Paige Bergman, 20, who deputies tracked down later that evening.

Sheriff Mike Chitwood recovering after being hit by car

Volusia County Sheriff Mike Chitwood is back on the job after being hit by a car while he was riding his bike. Dashcam video from another car caught the incident on camera.

In the sheriff’s office video, you can hear Bergman say she thought she hit a mailbox.

"She did not hit a mailbox. Want to know what she hit?" the deputy asks. "Mike Chitwood, the sheriff."

Bergman was apologetic when FOX 35 stopped by her house after she bonded out of jail. She’s charged with leaving the scene of a crash involving serious injuries. The sheriff says she only made it tougher on herself by driving off.

"Then you flee, and at no point in time do you contact police, and when they contact you, you say, 'I thought I hit a mailbox.' Last time I've looked, I've been compared to many things, but a mailbox wasn't one of them," Sheriff Chitwood said. 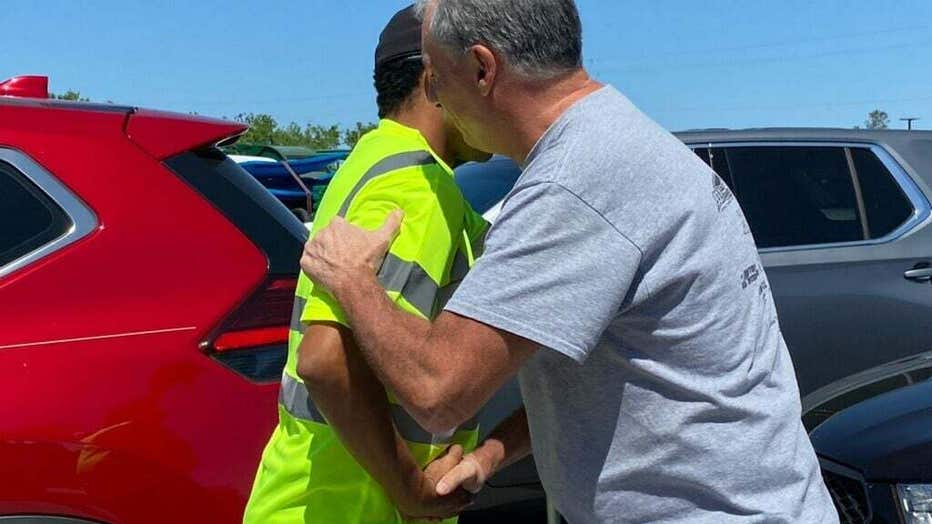 Chitwood met and thanked Ramos for his help after the crash. This is the second time the sheriff has been in an accident while riding his bike.