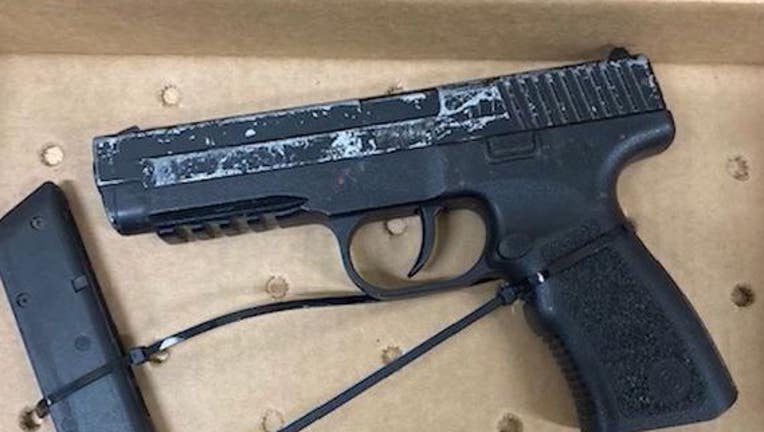 FLAGLER COUNTY, Fla. - Two teens in Flagler County are facing charges for allegedly pointing a BB gun at a 14-year-old and threatened to shoot him.

The victim says he thought it was real at the time.

Sheriff Rick Staly says the victim was riding his bike on Avocado Blvd. in Bunnell on Monday when this happened. The victim told deputies that one of the boys said to him: "you must have a death wish" before pointing the gun at him.

The teens reportedly continued to follow the victim, and at one point called the victim to the road, pointed the gun at him again, and told him "If you ever touch her again, I swear I’ll shoot you" and then drove off.

The sheriff's office said the gun turned out to be a black replica handgun that shoots BBs.

Deputies say the 17 and 15-year-old suspects said it was just a joke, but the sheriff says actions have consequences.

"Think about consequences and ask yourself are you willing to be arrested for the act that you’re about to commit and if you’re not, then you probably shouldn’t do it. And to the parents, I know the parents work, but know what your kids are doing."

The sheriff also says parents need to do their best in making sure they know what their kids are up to. The teens are both charged as juveniles