Orange County Sheriff John Mina still remembers that early morning phone call he received five years ago as Orlando’s Police Chief, alerting him to the mass shooting at the Pulse Nightclub. Mina has traveled around the world talking to law enforcement about the unthinkable scene they encountered.

Mina has since traveled around the world, talking to other law enforcement officers about the unthinkable scene they encountered. He says there were many "misconceptions" early on about what took place inside Pulse, but feels the many investigations completely back the law enforcement response.

"One of the things I think about a lot, just looking into the eyes of the many officers that were there and saw something they had never ever seen before. You could actually see that look on their face."

Mina says having an armored vehicle saved many lives at Pulse.  A lone-wolf attack, like the Pulse shooter, is still one of the biggest threats they guard against – and while he’s concerned about the number of high-powered weapons on the streets today, he’s more worried about the people using them. 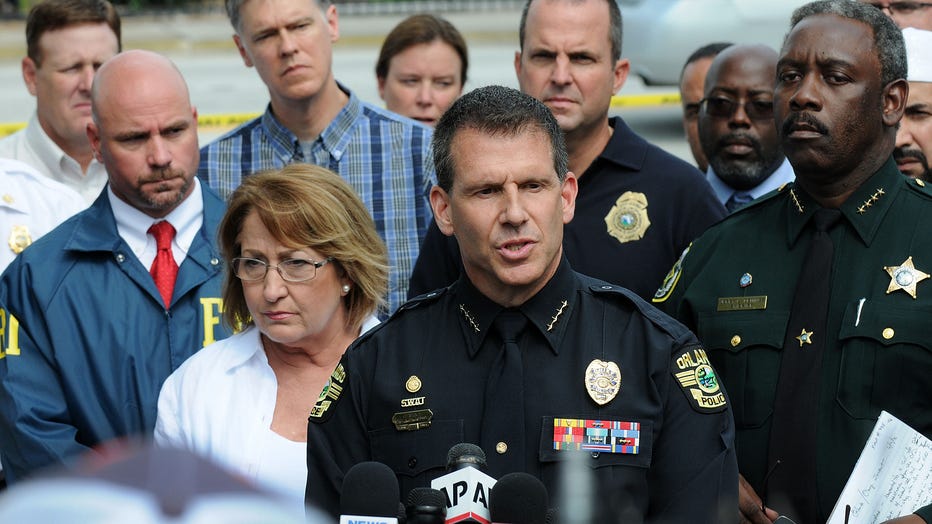 Orlando Police Chief John Mina (C), law enforcement and local community leaders speak during a press conference June 12, 2016 in Orlando, Florida. 50 people are reported dead and 53 were injured at a mass shooting at the Pulse nightclub in what is no

"The people using them it just seems like our society, especially the United States, is more prone to violence."

For that reason, active shooter drills are done every month in Orange County and Sheriff Mina says the unified effort from multiple agencies is stopping plans,  that we often don’t hear about.

Mina says it’s important to always remember the 49 angels and he still spends time with survivors and those impacted by Pulse. As he reflects back 5 years later, he’s proud of the many stories of bravery that have emerged.