The business is located on Indian Lake Road in Daytona Beach. Deputies said that they responded there just after 10:30 a.m. after witnesses reported the shooting.

Sheriff Mike Chitwood confirmed on Thursday afternoon that the incident involved a "love triangle." The suspect, identified as Damian DeRousha, 43, of Edgewater, reportedly shot the victim as he was working on a vehicle.  Deputies said DeRousha fired multiple shots at point-blank range after confronting the victim about an alleged relationship with his wife. 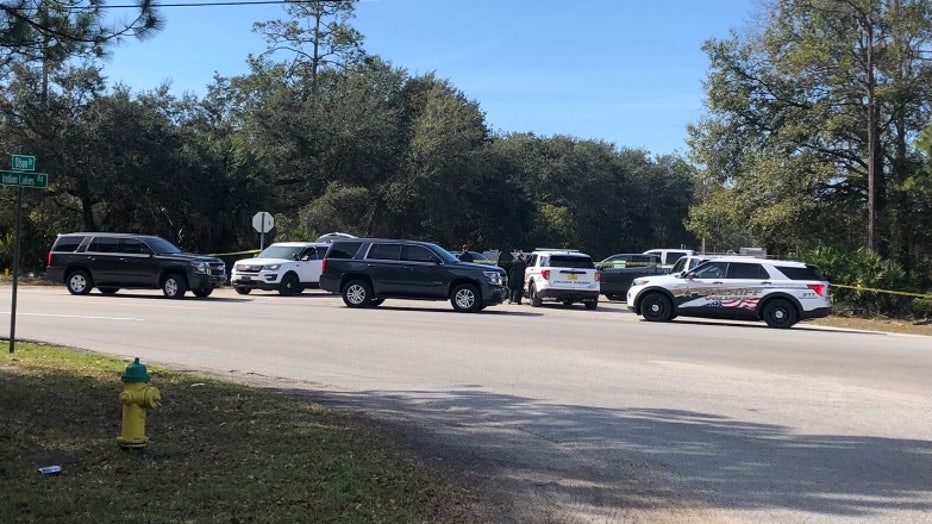 Chitwood explained that "the impetus behind this and this is part of the investigation is there seems to be some kind of love triangle here between female employee, her husband, and another male."

The sheriff said DeRousha then went outside to wait for authorities.

"Left his coat, left his firearm, and stood by his truck and waited for us to show up," he said.

MORE NEWS: FHP: 2 killed in early morning crash on US-27 in Clermont

The victim reportedly died at the hospital.

Sheriff Chitwood said the suspect stayed at the scene until deputies arrived and confessed to the shooting.