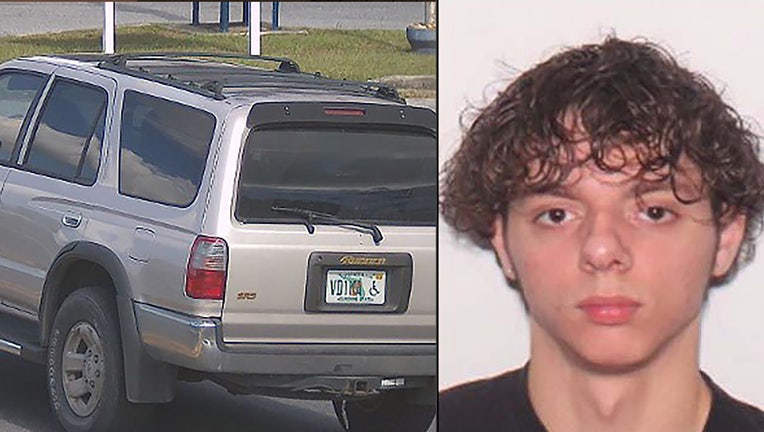 MARION COUNTY, Fla. -
The Marion County Sheriff's Office is looking for a man who they believe could have information about a missing Florida teen who was found dead in a cemetery.

Deputies are trying to locate 20-year-old Richard Bryce Vincent and the 1997 Toyota 4Runner, bearing Florida License plate VD1KA, that Vincent is believed to be driving. Detectives believe Vincent may have information important to their investigation into the homicide of 16-year-old Kenneth Carr, Jr.

On Wednesday, Nov. 9, deputies received a 911 call saying Carr had been found dead at the Campground Cemetery on NW 130th Street in Reddick. Family members reported Carr missing the day prior to his body being found, the sheriff's office said.

If you have any information on the whereabouts of this vehicle or Richard Bryce Vincent, please call the Marion County Sheriff’s Office Non-emergency at 352-732-8181. If you wish to remain anonymous, you can call Crime Stoppers of Marion County at (352) 368-STOP (7867). When calling CrimeStoppers, please reference 22-63 in your tip.