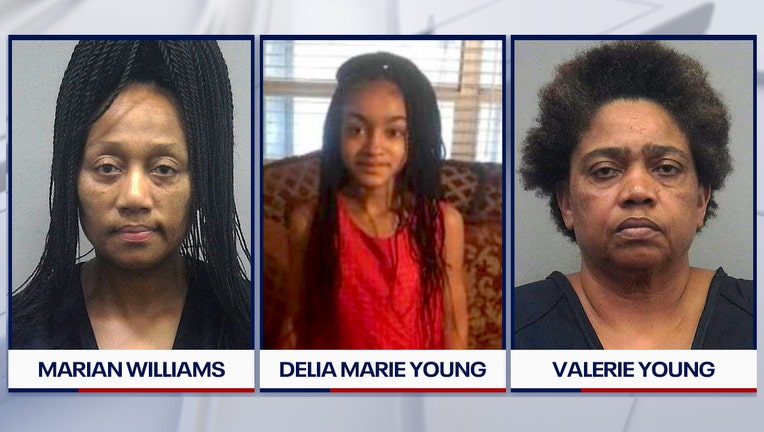 LAKE MARY, Fla. - The Alachua County Sheriff's Office announced on Saturday that human remains recently found are preliminarily confirmed to that of a missing 13-year-old girl.

Delia Young had been the subject of a Florida Missing Child Alert that was issued on May 20.  Young was last seen in the area of the 3200 block of Northwest 142nd Avenue in Gainesville, Florida.  Detectives said the remains were found on Wednesday, June 2 during a search.

"Detectives will continue to work with the Medical Examiner's Office to determine a cause and manner of death," read a statement from Sheriff Clovis Watson.

Two arrests were made in the investigation on May 26.  Marian G. Williams, 57, and Valerie Young, 52, each face charges of manslaughter, deprivation of medical care, and tampering with/destroying evidence. Additionally, Williams has been charged with child neglect, while Young has been charged with aggravated child abuse.

Sheriff Watson expressed his appreciation for "the hard work, commitment, diligence and tenacity" of the deputies and investigators that worked on the case.

Anyone with information about the case is asked to call the Alachua County Sheriff's Office at 352-955-1818.

This is a developing story. Watch FOX 35 News for updates.