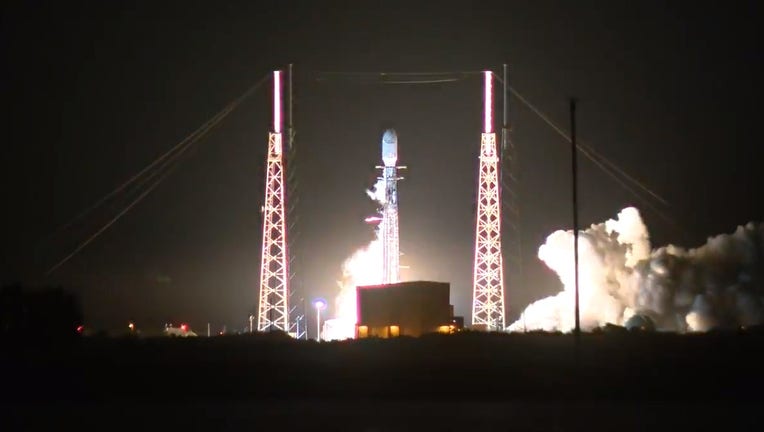 The commercial space agency scrubbed Sunday's planned launch a few minutes before liftoff and rescheduled a second attempt for Monday evening but that was pushed to Tuesday due to concerns over weather conditions in the recovery area.

The Falcon 9 rocket carried a 16th batch of Starlink satellites into space just after 9:13 p.m. EST.

The 60 satellites bring the total number launched by SpaceX to almost a thousand. The purpose of the satellites is to provide high-speed broadband Internet to rural areas.

“This is a far bigger constellation that anyone has ever had,” said Dale Ketcham with Space Florida. “And, this is a private constellation.”

Ketcham said it would allow SpaceX to give even more access around the globe.

“A big part of their goal is to provide this broadband capability to ships everywhere, both to make it available to the ship and to better track cargo and things of that nature,” he added.

Right now, the price tag isn’t cheap. It costs about $500 for a satellite dish and coverage is $90 a month, but those prices are expected to drop as more users get connected. SpaceX is looking to have global coverage next year.

“Once this constellation gets operational and they’re already doing the beta testing now, it will turn into a huge cash cow. And, that will help him go to Mars,” Ketcham said.

The past weekend would have been a bi-coastal, double-launch for SpaceX.

On Saturday, the commercial space agency launched its Falcon 9 rocket from Space Launch Complex 4E (SLC-4E) at Vandenberg Air Force Base in California.

The liftoff was part of the Sentinel-6 Michael Freilich mission, sending up a satellite that will monitor the world's oceans was taken into orbit.