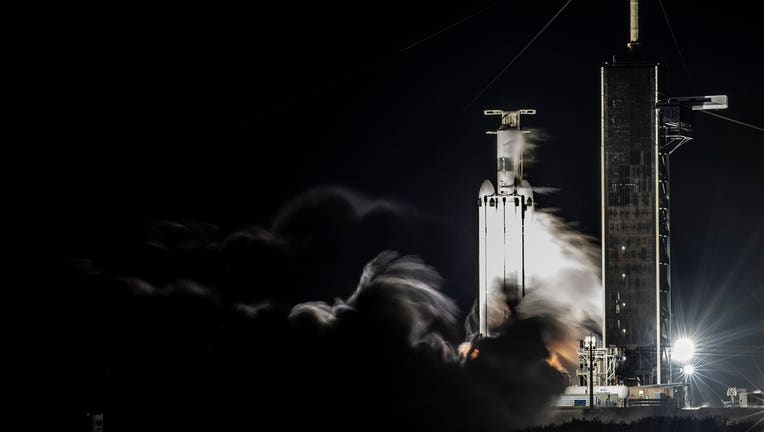 KENNEDY SPACE CENTER, Fla. - SpaceX's Falcon Heavy rocket is sitting on the launchpad at Kennedy Space Center in Florida and it is now scheduled to go up Tuesday, Nov. 1 – the day after Halloween. It will mark the first launch of the heavy lift vehicle and triple-booster landing since 2019.

The rocket will carry a U.S. Space Force payload from Launchpad 39A. The USSF-44 spacecraft was initially scheduled to launch in 2020.

SpaceX says it's the most powerful rocket in the world – basically three Falcon nine boosters strapped together for three times the thrust. The Falcon Heavy boosters produce sonic booms that can be heard around Kennedy Space Center and as far inland as Orlando. The double sonic booms set off many car alarms at KSC and rattled windows throughout Central Florida during the 2018 landing.

Residents around Central Florida should expect to get sonic boom warnings days before the launch.

After a years-long absence, Florida's Space Coast will host several Falcon Heavy launches in the coming months and years. Eventually, SpaceX plans to replace Falcon 9 and Falcon Heavy with its fully reusable Starship spaceship, which NASA has selected to land the first humans on the moon in over 50 years.

When the launch happens, you can watch it on FOX35Orlando.com or in the FOX 35 News App.