Hurricane season doesn't start until June 1, but we already have our first named storm.

The National Hurricane Center says Ana is moving westward while northeast of Bermuda at 3 mph. A Tropical Storm Watch for Bermuda has been discontinued. 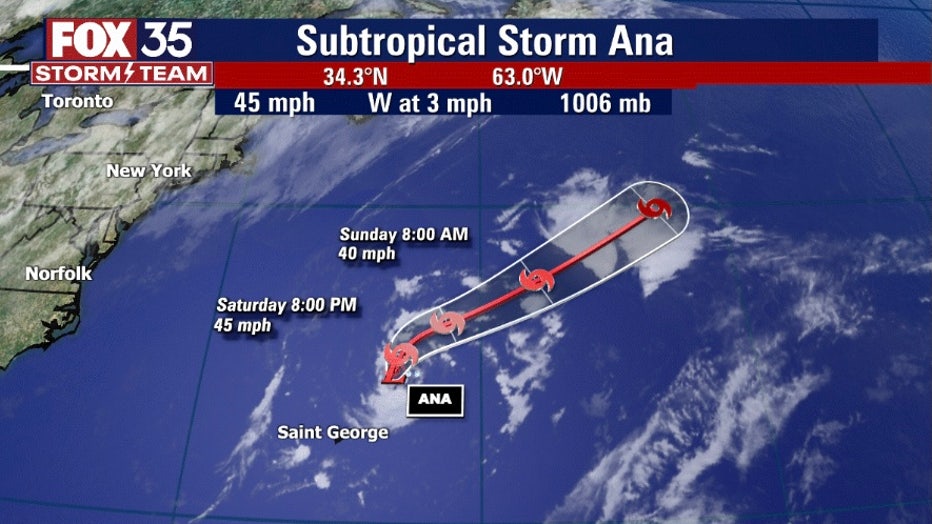 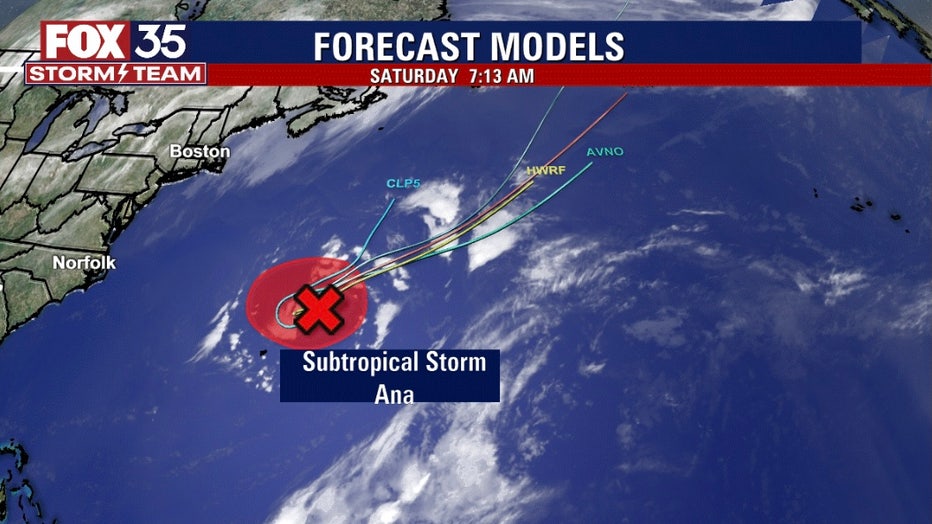 Meanwhile, forecasters say a disturbance in the Gulf of Mexico has moved inland over southeastern Texas.

"Therefore, tropical cyclone formation is not expected.  However, the system could produce heavy rainfall over portions of southeastern Texas and southwestern Louisiana today," the NHC said.

The good news: they also said that they do not anticipate the historic level of storm activity seen in 2020. Last year was record-breaking, as there were 30 named storms, requiring the use of the Greek alphabet for the second time ever.

In 2021, NOAA said that they expect 13 to 20 named storms, which can pack winds 39 mph or higher. Six to ten of those could become hurricanes, with winds increasing to 74 mph or higher. Of those, three to five could be major hurricanes, reaching winds of 111 mph or higher (Category 3 storms and up).

The next name on the hurricane list is Bill.