The center of Nicole was located about 325 miles east of West Palm Beach, Florida, and moving west-southwest at 10 mph.  Maximum sustained winds were measured at 70 mph, making it just 4 mph shy of a Category 1 hurricane.

Nicole will approach the northwestern Bahamas overnight, move near or over those islands on Wednesday, and approach the east coast of Florida within the hurricane warning area Wednesday night or early Thursday. Nicole's center is then expected to move across central and northern Florida into southern Georgia Thursday and Thursday night.

A number of watches and warnings have been issued ahead of the storm. 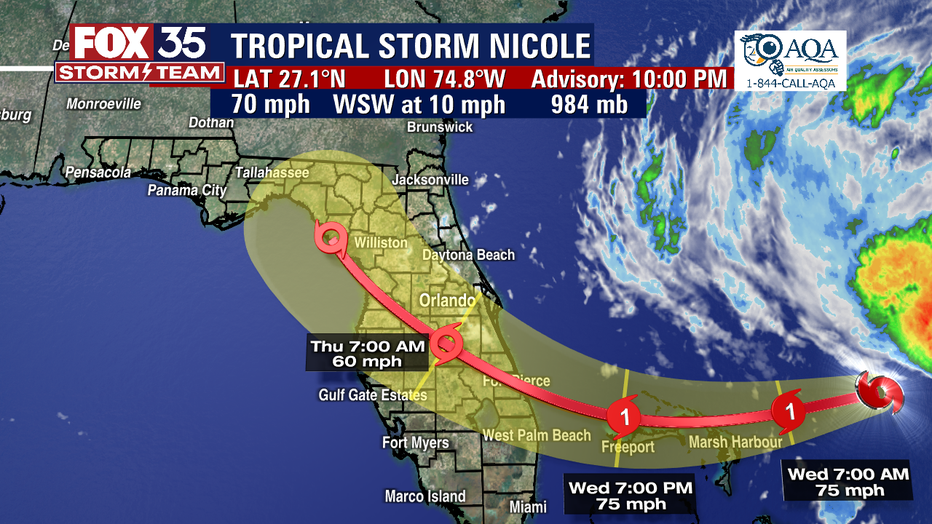 What impact could Subtropical Storm Nicole have on Florida?

Michael Brennan with the National Hurricane Center has the latest forecast and outlook for Subtropical Storm Nicole. 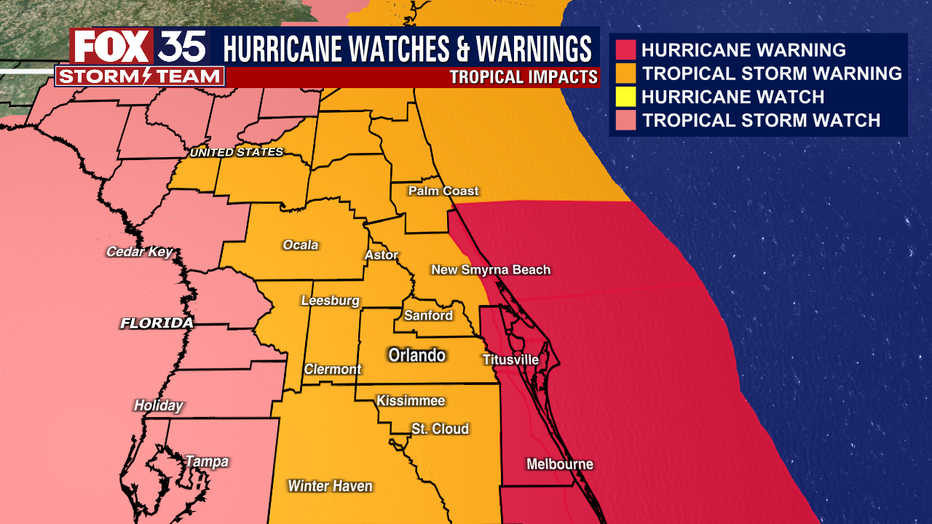 "Some strengthening is expected during the next day or so, and Nicole is forecast to become a hurricane later tonight and remain a hurricane when it reaches the east coast of Florida," the National Hurricane Center said.

Tracking Subtropical Storm Nicole: Where to get sandbags in Central Florida

Tropical-storm-force winds extend outward up to 380 miles from the center.

Several inches of rain are forecast in some areas and the potential for damaging wind gusts up to 85 mph and flooding is a major concern. The east side of Florida could feel tropical force winds by Wednesday morning and then spreading across Central Florida by 2 a.m. on Thursday with hurricane force winds possible before decreasing in intensity.

Nicole is the 14th named storm of the 2022 Atlantic Hurricane Season, which runs through Nov. 30.