ORLANDO, Fla. - Nicole is expected to become a hurricane on Wednesday as the storm continues to move toward Florida.

As of Wednesday morning, maximum sustained winds were measured at 70 mph, bringing it close to Category 1 hurricane.

Nicole will approach the northwestern Bahamas Wednesday, move near or over those islands by midday, and approach the east coast of Florida within the hurricane warning area tonight.  Nicole's center is then expected to move across central and northern Florida into southern Georgia Thursday and Thursday night, and then across the Carolinas Friday and Friday night.

"Nicole is forecast to become a hurricane near the northwestern Bahamas and remain a hurricane when it reaches the east coast of Florida tonight," the National Hurricane Center said. "Nicole is expected to weaken while moving across Florida and the southeastern United States Thursday through Friday, and it is likely to become a post-tropical cyclone by Friday night over the Mid-Atlantic states."

Tropical Storm Warnings have been expanded and there are several Hurricane Watches and Warnings that have been issued for Florida as Nicole targets the state. 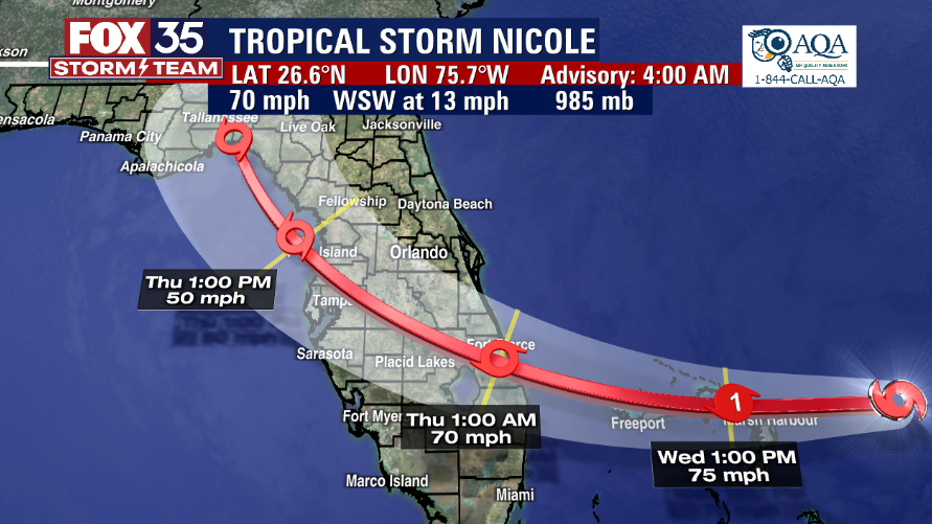 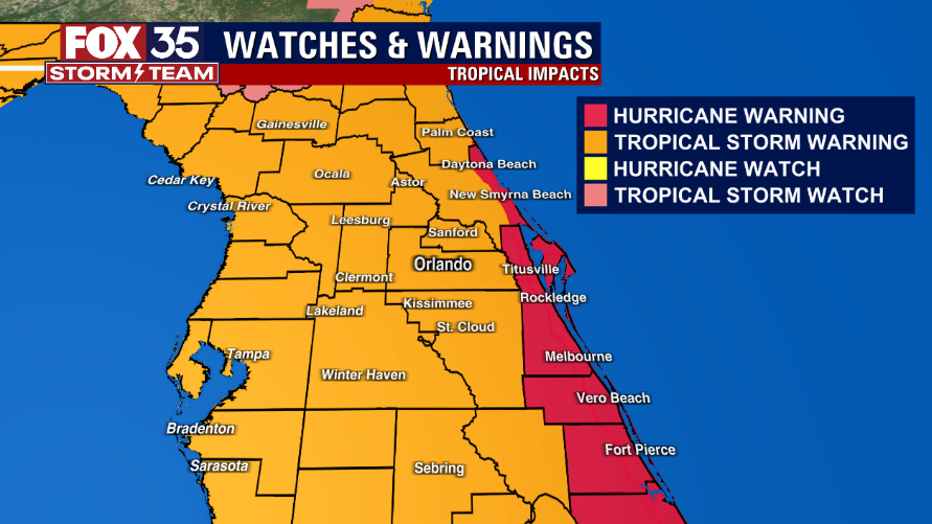 The combination of a dangerous storm surge and the tide will cause normally dry areas near the coast to be flooded by rising waters moving inland from the shoreline. Central and northern portions of the Florida Peninsula could get up to 3 to 5 inches and even 8 inches in some areas. A few tornadoes are possible this evening through Thursday across eastern Florida, southeastern Georgia, and southern South Carolina.