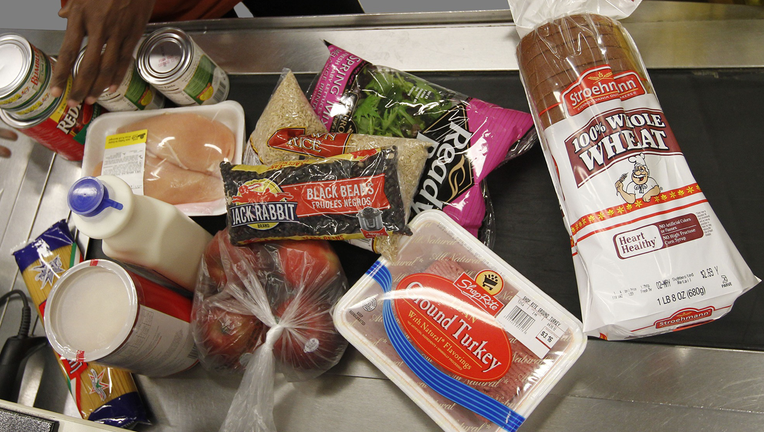 The hottest inflation in nearly four decades will cost millions of Americans an additional $3,500 in expenses this year, according to a new analysis published on Wednesday.

Findings from the Penn Wharton Budget Model, a nonpartisan group at the University of Pennsylvania's Wharton School, show that most U.S. households will need to allocate at least 6% more of their budget in order to sustain last year's spending level on goods and services. That figure is even higher for low-income Americans, who need to increase their spending by at least 7%.

WATCH: Get the latest Central Florida news LIVE on FOX 35

The Penn Wharton analysis comes on the heels of a new government report that revealed consumer prices soared 6.8% in November from the previous year, the fastest pace since June 1982, when inflation hit 7.1%.

Price increases were widespread: Energy prices jumped 3.5% in November and are up 33.3% year over year. Gasoline is a stunning 58.1% higher than it was a year ago. Food prices have also climbed 6.1% higher over the year, while used car and truck prices – a major component of the inflation increase – are up 31%.

Rising inflation is eating away at strong gains and wages and salaries that American workers have seen in recent months – bad news for President Biden, who has seen his approval rating plunge as consumer prices rose. The White House has blamed the price spike on supply-chain bottlenecks and other pandemic-induced disruptions in the economy, while Republicans have pinned it on the president's massive spending agenda.

A separate Gallup analysis published at the beginning of the month shows that about 45% of households are being hurt by the recent price spike. Roughly 10% said the increase had affected their standard of living, while another 35% described the hardship as "moderate."

The effect is more pronounced among lower-income families: 71% of those making less than $40,000 a year say they experienced hardship, compared with 29% of those earning more than $100,000 a year. What's more, 28% of Americans who are considered lower-income said the hardship they are experiencing is severe and hindering their ability to maintain their current standard of living.

It's unclear when consumers can expect to see inflation begin to slow, with prices for an array of goods continuously climbing higher.