Neighbors rescue woman after SUV ends up in pool

LAKELAND, Fla. - Decades after leaving the Coast Guard, a Lakeland man used his life-saving skills to safely pull a woman from a sinking car after police say she mistook the gas pedal for the brake and drove her car into a swimming pool Wednesday morning.

Investigators said the SUV went over a curb, through a fence and then into the pool at Sandpipers Golf and Country Club on Grouse Drive.

A neighbor ran to help as soon as he heard the crash.

"I looked over and there was a car floating in the deep end of the pool with a lady in it," said Maurice Dionne.

READ: FHP: Woman escapes unharmed as her car plunges into a pool

"Her car doors were totally locked. All locked, except for the driver-side window. She was a little nervous, but I told her to stay calm," he explained. 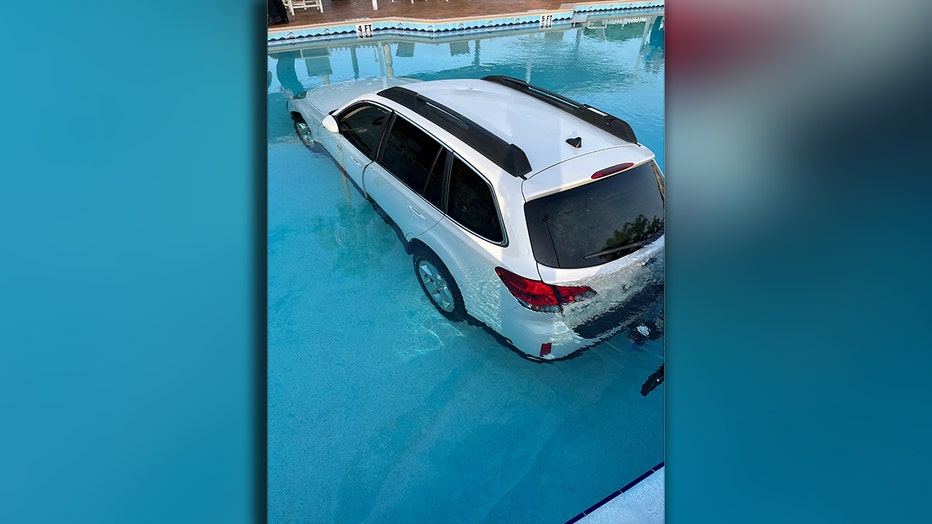 Staying calm would be hard for most people to do in that situation. The woman's Subaru Outback was floating in the deep end of the pool.

"It was floating and not touching anything on the bottom of the pool," Dionne stated.

Dionne put his muscle into the rescue.

"I was able to pull it myself and get it to the shallow end of the pool," he said.

By that time, he yelled for help and another person walking by joined in to help.

An SUV ended up in a swimming pool in Lakeland Wednesday morning.

"We could only settle it on the shallow end and not go into the deep end which would have been a major problem," he said.

Dionne let the car fill with water until the woman could float and they got her out of the window. It's training he learned years ago while serving others.

"Let's put it this way, I was in the Coast Guard for four years and I was a young punk and I did a lot of that.  I pulled people out of their homes during floods in the Connecticut area or up in the New England area," he explained.

Decades later he did it again, helping a woman who is okay.

"It brought back memories," he said.