A Tavares man rescued a boater hanging on to his capsized boat and now he's sharing his story.

TAVARES, Fla. - A Tavares man rescued a boater hanging on to his capsized boat and now he's sharing his story.

When Joel Vincent saw that conditions out on the water were going to take a turn for the worse Saturday, he headed back home and docked his boat.

While sitting in this living room, later on, he saw what looked like a life jacket in the lake behind his home. When he looked through binoculars, he saw someone in the middle of Lake Dora hanging on to their capsized boat.

"I finally found the guy and he was holding on to the bottom of his boat, and I said that’s a propeller," Vincent said. "He flipped his boat over."

There were rough conditions on Lake Dora Saturday when Vincent and his brother jumped onto their boat to save the man.

"I looked at him [brother] and I said, 'It’s not going to be easy, but there’s nobody on the lake in this storm," Vincent said.

When they found the man, Vincent says he was hanging on to the propeller of his capsized boat. He told them he had been blowing his whistle for 20 minutes. 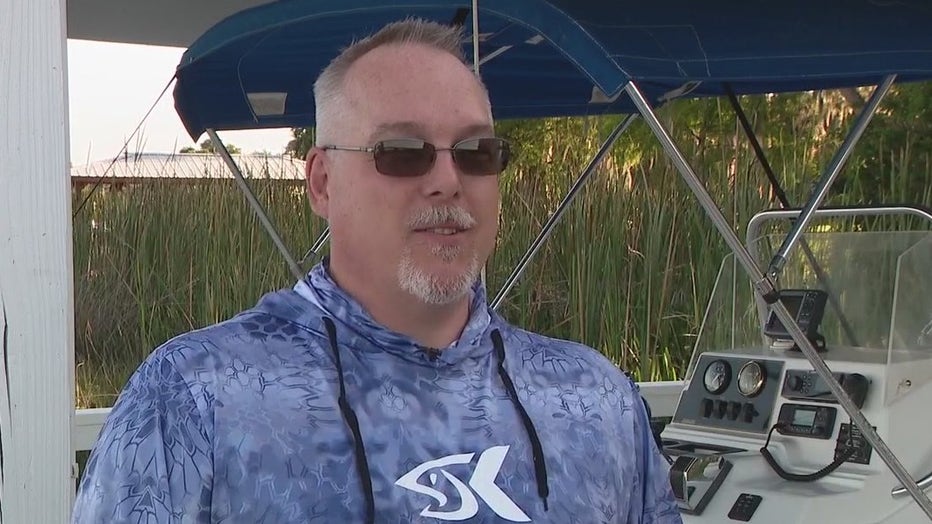 "The wind was howling, the white caps were up, the waves were up. There’s no one out here and he was on the bottom of his boat, and that’s got to be a scary feeling," Vincent said.

Vincent, who is retired from the military and now a nurse at Orlando Health South Lake Hospital, says it was his first instinct to help and is thankful he spotted the man.

"By the grace of God," Vincent said. "Somebody was looking out because it was hard to see and I just caught a glimpse of it."

He is now hoping to get a message out to other boaters.

"Don’t underestimate the power of Mother Nature, even if you live on a lake because it can be dangerous," Vincent said. "Have your safety gear and wear your life jacket. That life jacket saved the day for him."