FOX 35 Storm Team Meteorologist Brooks Garner has the latest on the weather in Central Florida.

ORLANDO, Fla. - It was another hot and humid afternoon on Thursday.

The chance for thunderstorms will be highest on Friday, with widespread activity developing.

Expect highs in the low 90s, with upper 80s along the coast. Winds will be out of the south-southeast at 5-10 mph. 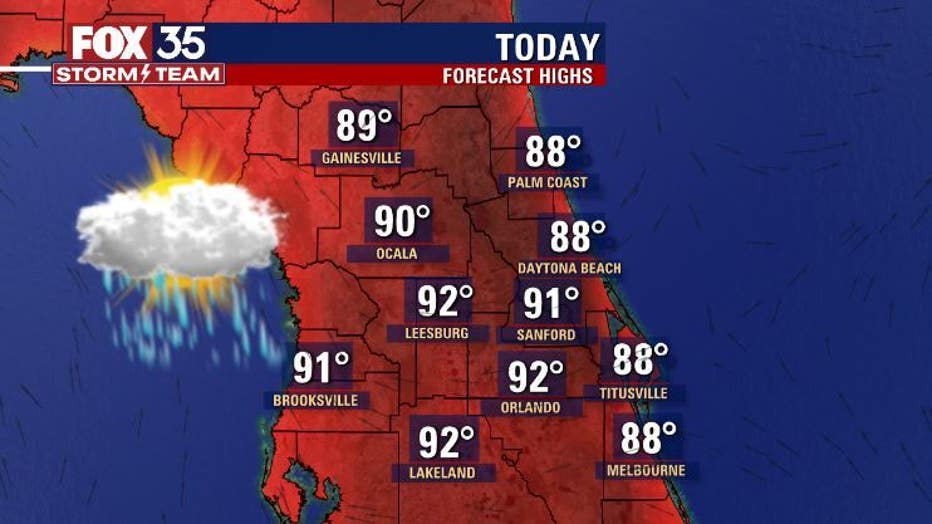 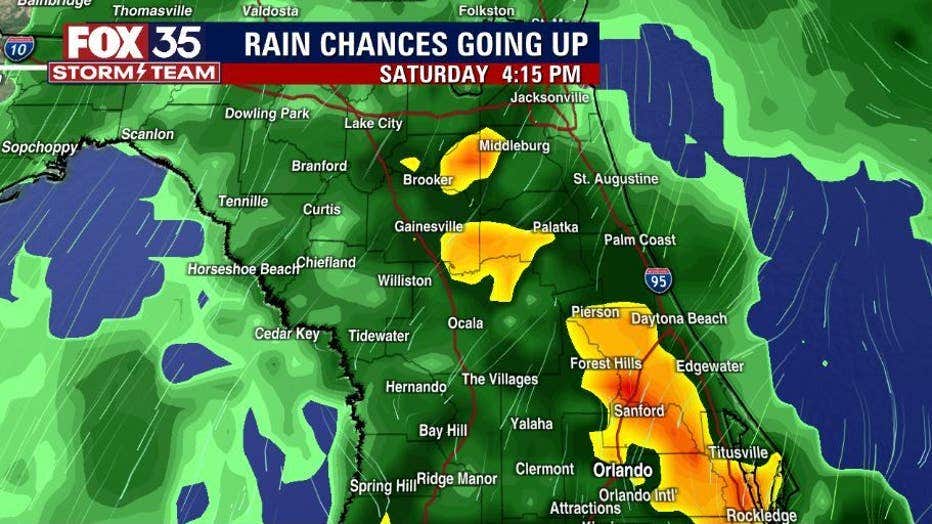 Temperatures will drop to the mid-70s tonight, under partly cloudy skies. There's a slight chance of showers and storms through late evening.

Meanwhile, a tropical wave off the northeastern coast of Florida and Georgia is expected to bring some rain to the state this week. 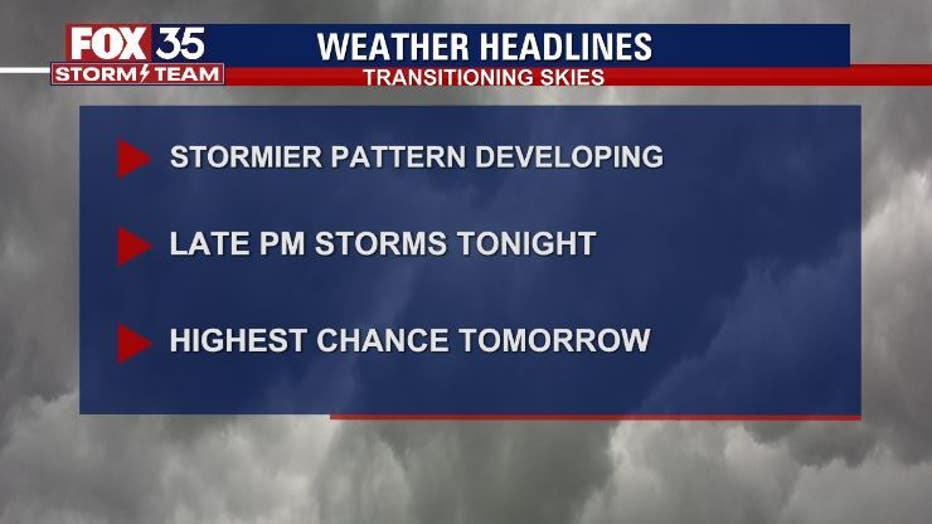 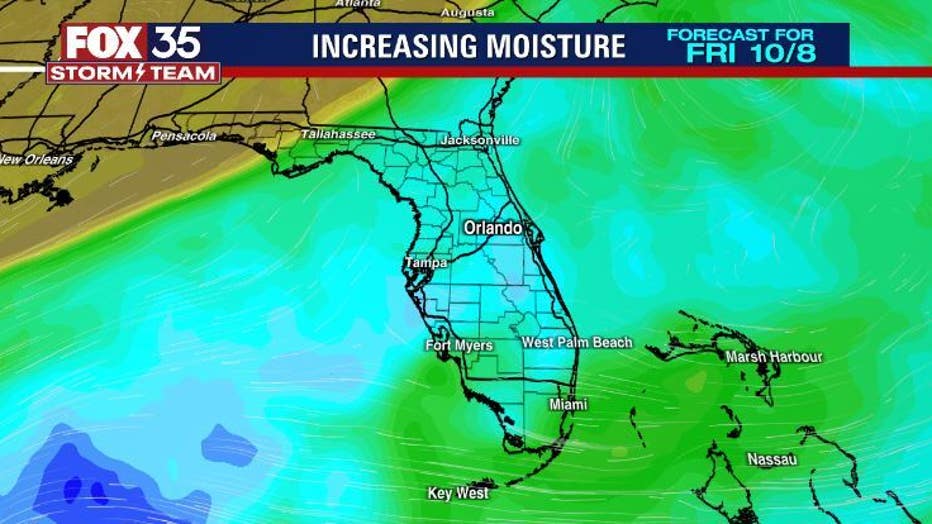 The system is located less than 200 miles off the coast and has a 30% chance for developing over the next 5 days.

RELATED: Tracking the tropics: Sam falls apart as system emerges near the Bahamas

"Strong upper-level winds should limit significant tropical development during the next few days while the low moves northward and then northeastward off the southeastern coast of the United States," the National Hurricane Center said on Thursday.  "By the weekend, the system is forecast to interact with a front, which could also limit tropical development.  Regardless of development, this system could bring gusty winds and locally heavy rain to portions of the Carolinas late this week and this weekend." 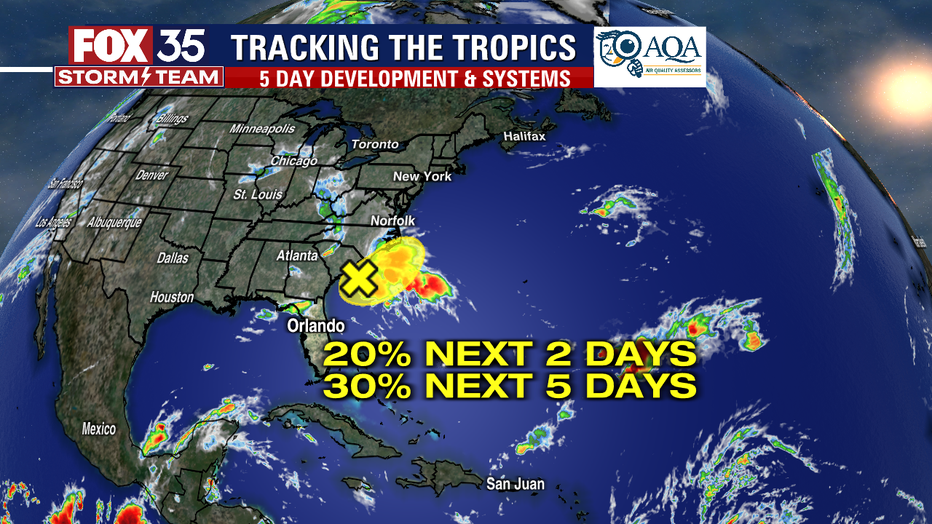 Friday and Saturday head for the 50-60%+ range with ease. Locally heavy downpours, gusty winds and a few isolated lightning strikes will be possible during this time. Severe weather is not expected.

Accumulations could be on the higher side from some communities with 1" possibly stacking up between mid-week and Saturday afternoon.

There are less than 2 months left in the 2021 Atlantic hurricane season and so far, we've seen 20 named storms. The next, and last, name on the list is Wanda.