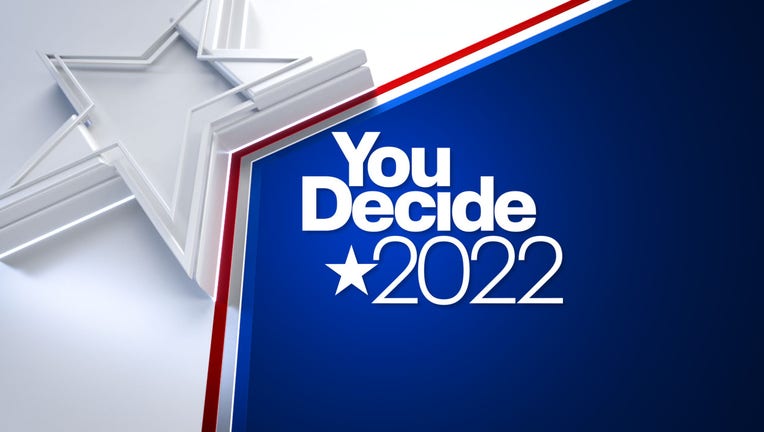 LAKE MARY, Fla. - The 2022 midterm elections are now upon us with early voting having kicked off in October and Election Day just around the corner on Tuesday, Nov. 8.

Voters will cast ballots to decide a number of federal, state, and local offices.  They will also vote on three Amendments to the Florida Constitution and some will make choices in county and city amendments and referenda.

In addition to all of Florida's 28 seats in the U.S. House of Representatives, one of Florida's U.S. Senate seats is up for election this year.

On the state level, a number of constitutional offices are up for election. These offices include the Governor, the Lieutenant Governor, the Attorney General, the Chief Financial Officer, the Commissioner of Agriculture, state attorneys, public defenders, sheriffs, tax collectors, property appraisers, supervisors of elections, clerks of the circuit court, county commissioners, district school board members, and superintendents of schools. Those elected to these positions serve four-year terms.

Legislative offices include races for the Florida State Senate and the Florida State House.  Florida's senators serve four-year terms that are also staggered elections (roughly a third of the chamber comes up for re-election every two years). Members of the Florida House of Representatives serve two-year terms and are elected in each even-numbered year.

What are the top races in Central Florida on the November ballot?

Marco Rubio, 51, a Republican, is seeking a third term in U.S. Senate since 2011.  Before that, Sen. Rubio served as speaker of the Florida House from 2006 to 2008 and he made an unsuccessful bid for president in 2016. Democrat Val Demings, 65, is a sitting member of congress who was elected to the U.S. House of Representatives in 2016. Before that, she spent 27 years in law enforcement, serving as Orlando’s police chief from 2007 to 2011.

Republican Ron DeSantis, 44, has served as governor since his election in 2018. Before that, he served in Congress beginning in 2013. He also was in the U.S. Navy as a JAG lawyer. Democrat Charlie Crist, 66, is a sitting congressman who was elected to the U.S. House of Representatives in 2016, representing the St. Petersburg area. Prior to running for congress, Crist was once a Republican who served as a state senator, education commissioner, and attorney general. He also served as governor once before, from 2007 to 2011.

Republican Ashley Moody, 47, was first elected in 2018 and seeking a second term. Democrat Aramis Ayala, 47, was the first Black state attorney in Florida when elected in 2016 to serve the Ninth Judicial District that includes Orange and Osceola counties. Before that, she was an assistant public defender

This district covers parts of Seminole and Volusia counties, and voters must decide who will fill the vacancy left by the departure of Rep. Stephanie Murphy, a Democrat. This district's political boundaries have been redrawn by the Republican-led Florida Legislature to favor the GOP and flip the seat.  Candidates for the open seat include Republican Cory Mills, 42, a U.S. Army veteran who operates a company that provides risk management assessments, intelligence collection, and security supplies. His opponent is Karen Green, 57, a political strategist and vice chair of the Florida Democratic Party.

This district covers parts of Orange and Seminole counties, and voters must decide who will fill the vacancy left by the departure of Rep. Val Demings, a Democrat.  This district's political boundaries have been redrawn by the Republican-led Florida Legislature to include large Democratic enclaves. Maxwell Frost, 25, a Democrat, is a community activist with an emphasis on gun reform. He is also a former ACLU staffer. Calvin Wimbish, 72, a Republican, is a retired Army Green Beret. There are two independents in this race including Jason Holic, 36, and Usha Jain, 71.

This district covers all of Seminole County and a portion of Orange County including parts of Maitland, Orlando, and Winter Park.  Jason Brodeur, 47, a Republican elected in 2020, is seeking re-election. He’s the president and CEO of the Seminole County Chamber and also served in the Florida House from 2010 to 2018. Joy Goff-Marcil, 54, a Democrat, has served two terms in the Florida House. She is an attorney and a former member of the Maitland City Council.

What's the difference between county, circuit, and appellate judges in Florida?

County judges and circuit court judges serve as trial judges in Florida. County judges hear civil cases in disputes amounting to $30,000 or less and also hear criminal misdemeanors, which carry possible sentences of up to one year in jail. Circuit judges hear civil cases where disputes amount to greater than $30,000.  They also deal with criminal felonies regarding domestic issues or juvenile matters, or probate issues. The decisions made by county and circuit trial judges are reviewed by the state's five District Courts of Appeal and the Florida Supreme Court.

How are judges elected in Florida?

Florida law requires judicial elections to be nonpartisan. Most circuit and county court judges are elected. In the case of a vacancy, the governor fills the position by appointment.

The governor appoints justices to the Florida Supreme Court as well as the judges on the District Court of Appeal judges.  Those justices and judges then run in merit retention elections to remain in office.

Circuit judges and county court judges are elected for six-year terms and must run for re-election. Judges who were appointed to county or circuit court through a vacancy must sit for election at the end of the term. Appellate judges run in merit retention elections for six-year terms. Judges do not have term limits, however, judges may not serve in Florida past the age of 75 with some exceptions.

What is a merit retention vote?

How can I learn more about the backgrounds of judges and justices?

Biographies are on court websites and on the Florida Bar Association’s The Vote’s In Your Court webpage.

What are the three statewide constitutional amendments on the November ballot in Florida?

As they elect a governor, a U.S. senator, and numerous state and local officials, Florida voters in November will decide whether to approve two property-tax measures and the fate of the state’s Constitution Revision Commission.

Lawmakers placed three proposed constitutional amendments on the ballot, including two that would provide property-tax breaks.

Amendment 1 would prevent properties’ assessed values from going up because of improvements aimed at combating flooding.

Amendment 2 would repeal the Florida Constitution Revision Commission, a panel that meets every 20 years and has the power to propose ballot measures.

You can read more details about the amendments here.