We continue to monitor a tropical disturbance that is entering the Caribbean Sea and has a high probability of developing into a more organized system over the next three to five days.

ORLANDO, Fla. - Tropical Depression Twelve formed in the Atlantic on Tuesday as the National Hurricane Center is also tracking another system with high chances of development.

Forecasters say Tropical Depression Twelve is located several hundred miles west of the Cabo Verde Islands with maximum sustained winds of 35 mph. The depression is moving toward the northwest near 8 mph.

"Little change in strength is forecast and the system is expected to dissipate in a couple of days," the National Hurricane Center said Wednesday.

An area of low pressure is located just east of the Windward Islands and continues to produce a large area of showers and thunderstorms. The NHC says a  tropical depression is likely to form over the next several days if the system remains over open waters. 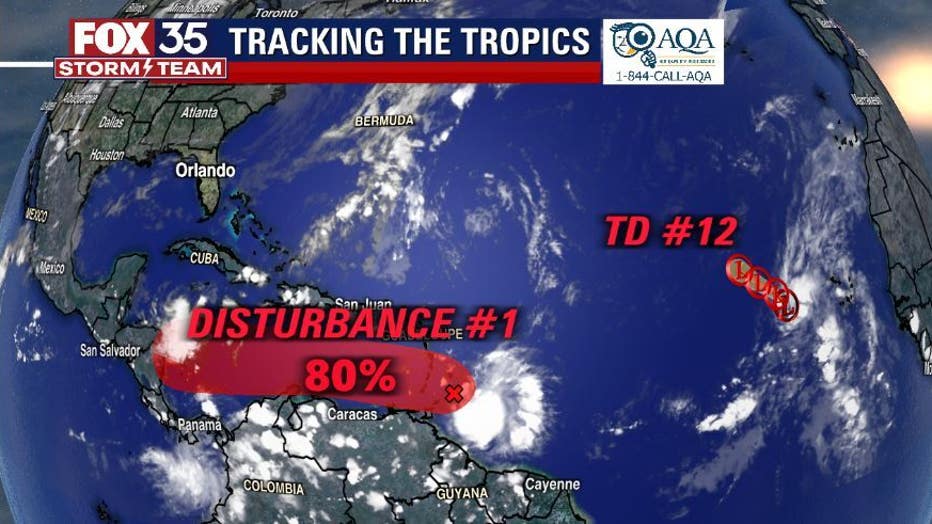 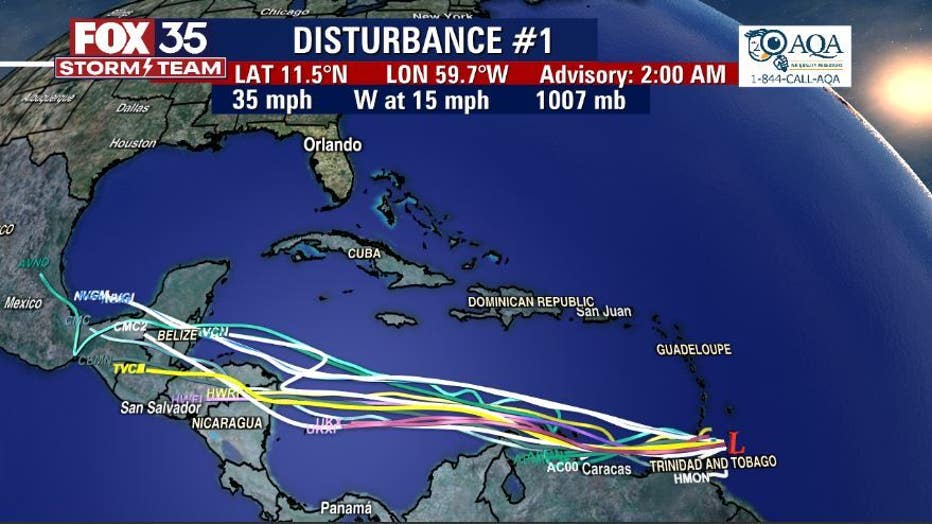 "An Air Force reconnaissance mission is scheduled to investigate the system this morning, if necessary." Chances of development are high at 80-percent.

October ranks as the third-most-active month (behind September and August) for tropical activity in the Atlantic Basin, typically producing about two named storms, one of which becomes a hurricane. Every other October, on average, one of those hurricanes intensifies into a "major hurricane," achieving Category 3 or higher intensity on the Saffir-Simpson Hurricane Wind Scale.