FOX 35 Storm Team Meteorologist Brooks Garner has the latest tropical activity in the Atlantic Ocean and the Gulf of Mexico.

ORLANDO, Fla. - Tropical Storm Bonnie formed in the western Caribbean Sea on Friday, making it the second named storm of the 2022 Atlantic hurricane season. The National Hurricane Center said on Friday evening that Bonnie was currently about 80 miles east of the Nicaraguan coast, with maximum sustained winds of 45 mph.

Current models show that the system is not expected to be any threat to Florida. The system will make landfall near the border of Nicaragua and Costa Rica in the next few hours, move across southern Nicaragua and northern Costa Rica tonight, and emerge over the eastern Pacific Ocean on Saturday.

Meanwhile, the hurricane center is watching two other systems for development. 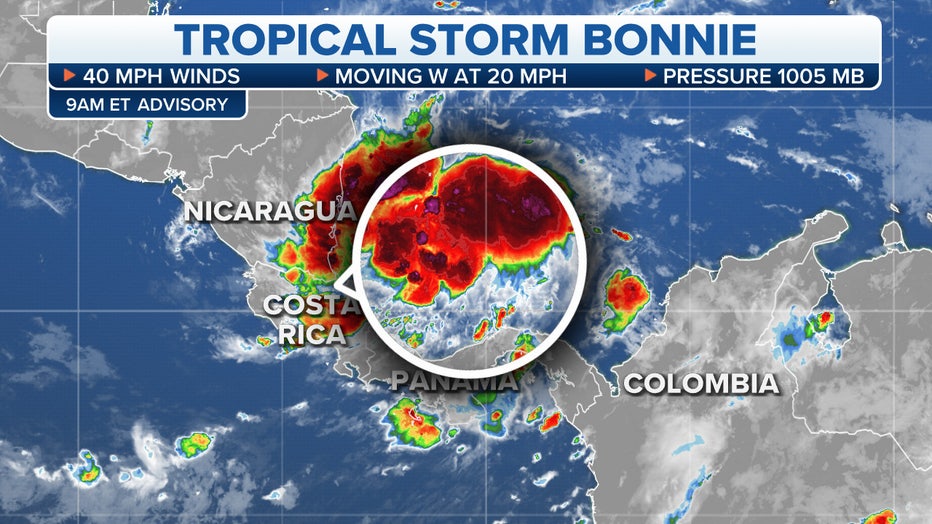 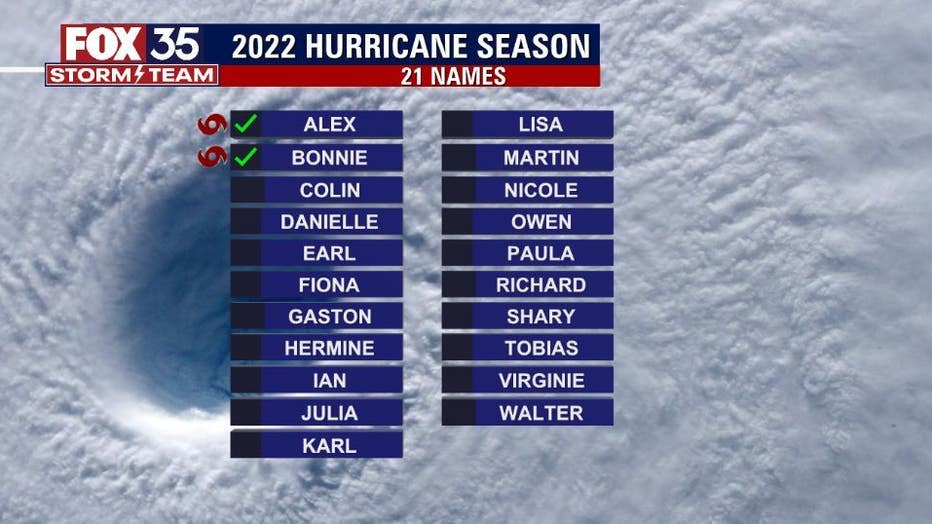 An area of low pressure in the Gulf of Mexico is moving inland along the southern coast of Texas bringing heavy rain. This area has a 0% chance for further development.

The third is a tropical wave with an area of disorganized showers and thunderstorms with a 10% formation chance within the next five days.

This season, NOAA anticipates between 14 and 21 named storms, and between 6-10 of those becoming hurricanes. Of those 10, NOAA said three to six could become major hurricanes (category 3, 4, or 5).

Stay with the FOX 35 Storm Team for the latest updates throughout hurricane season.