Tropical Storm Colin forms off the coast of South Carolina

ORLANDO, Fla. - 2 pm UPDATE: Bonnie has moved into the pacific. Tropical storm Colin still continues to produce heavy rainfall along the Carolina coast. TS is disorganized and will continue to track slowly to the NE.

And just like that, we have our third named storm of the 2022 Atlantic hurricane season.

Tropical Storm Colin formed off the coast of South Carolina early Saturday morning. According to the National Hurricane Center, Colin is located miles from Myrtle Beach with maximum sustained winds of 40 mph.

"On the forecast track, the center of Colin is expected to move north-eastward along or just inland of the South Carolina and North Carolina coasts through Sunday, and then emerge over the western Atlantic Ocean late Sunday," the NHC said. 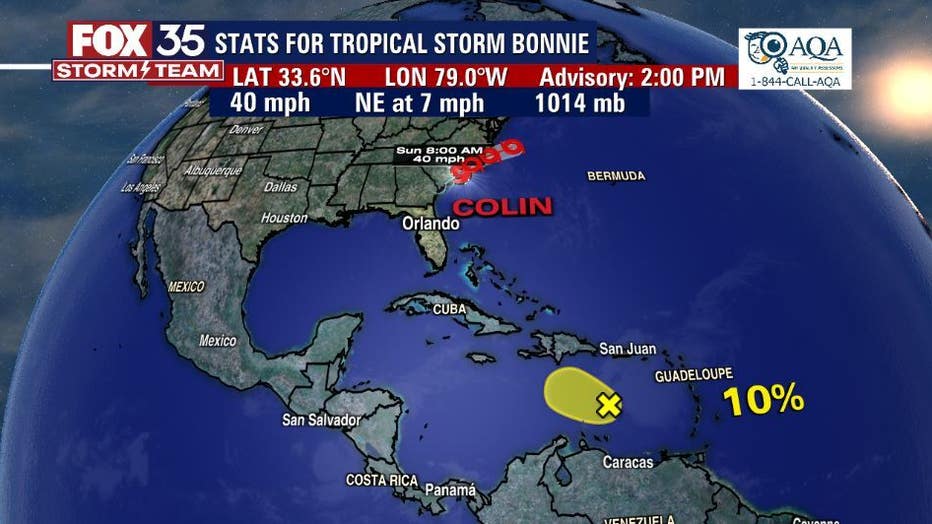 Colin is expected to dissipate over the western Atlantic on Monday. 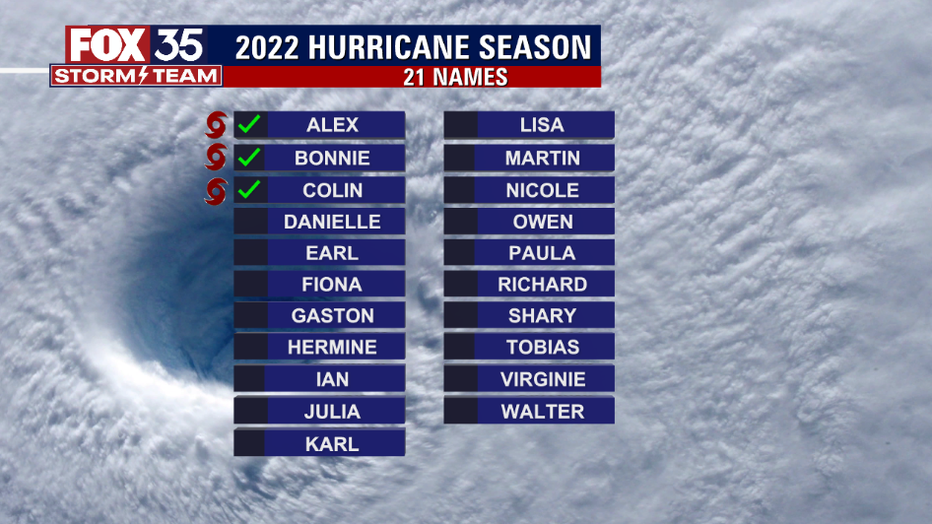 Bonnie will move across Lake Nicaragua during the next several hours and emerge over the eastern Pacific Ocean later this morning.  Bonnie will then move offshore of but parallel to the coasts of El Salvador, Guatemala, and southern Mexico today through Tuesday.

A third system being monitored, a tropical wave, is producing a broad area of disorganized showers and thunderstorms over the Windward Islands and eastern Caribbean Sea. Chances of development is around 10%.
The National Oceanic and Atmospheric Administration (NOAA) predicts another above-average Atlantic hurricane season for the 2022 season, which runs June 1 - Nov. 30 – marking the seventh consecutive above-average hurricane season.

This season, NOAA anticipates between 14 and 21 named storms, and between 6-10 of those becoming hurricanes. Of those 10, NOAA said three to six could become major hurricanes (category 3, 4, or 5).

Stay with the FOX 35 Storm Team for the latest updates throughout hurricane season.