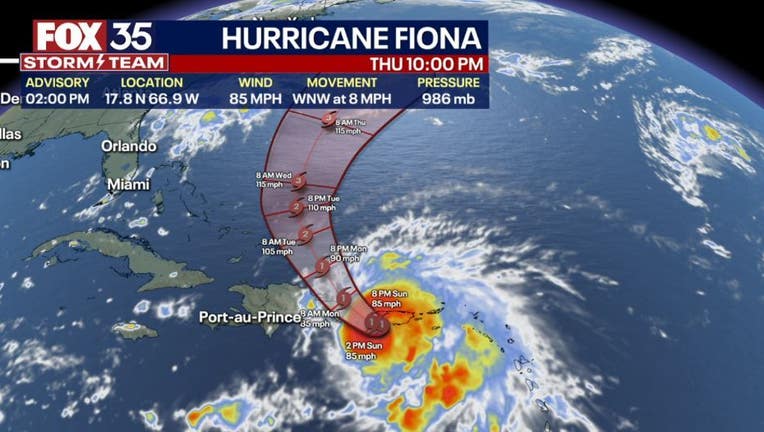 ORLANDO, Fla. - Hurricane Fiona is making its way across the Atlantic as our sixth named storm of the 2022 Atlantic hurricane season and is now projected to become a major category 3 hurricane by midweek. Will the system have an effect on Florida?

WHERE IS HURRICANE FIONA LOCATED?

"On the forecast track, the center of Fiona will continue to pass near or over southwestern and western Puerto Rico this afternoon and evening," the NHC said. "Fiona will then move near the northern coast of the Dominican Republic tonight and Monday, and near or to the east of the Turks and Caicos Islands on Tuesday."

Fiona is forecast to strengthen during the next 48 hours while Fiona moves near Puerto Rico, the Dominican Republic and over the southwestern Atlantic. 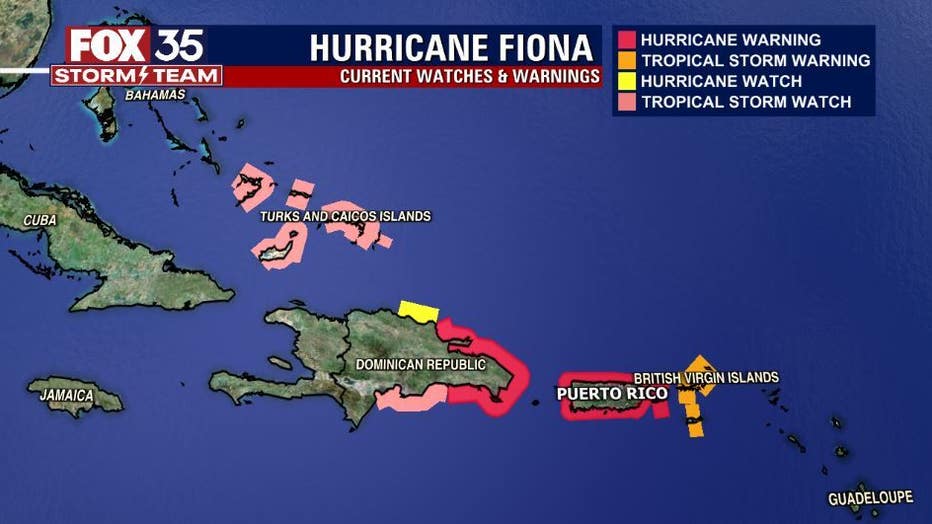 Looking at our exclusive FOX MODEL, the storm will move through the Mona Passage and continue to track to the Northeast and have no direct impact on Florida. However, there will be larger swells along the Atlantic coast as the storm continues to track in the Atlantic. 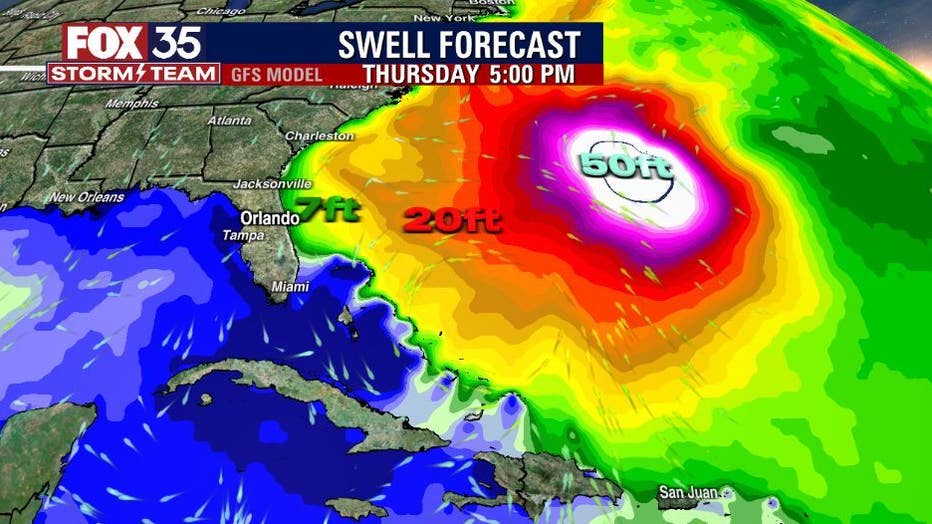 You can depend on the FOX 35 Storm Team when it comes to tracking the tropics. Our FOX MODEL updates through the day and as those updates come in, we will share the latest with you!