ORLANDO, Fla. - Portions of the Dominican Republic are bracing for impact as Hurricane Fiona makes it way to the island Monday morning as a category 1 storm.

Hurricane conditions are spreading across portions of the Dominican Republic, as heavy rainfall and catastrophic flooding continue across much of Puerto Rico, according to the National Hurricane Center.

Hurricane Fiona first made landfall on the southwestern coast of Puerto Rico Sunday afternoon, hours after strengthening to become a category 1 hurricane. More than a foot of rain is expected, which could cause "catastrophic flooding" to the island, which is also reportedly without power. The NHC said Fiona made landfall, near Punta Tocon, with maximum sustained winds of 85 mph. 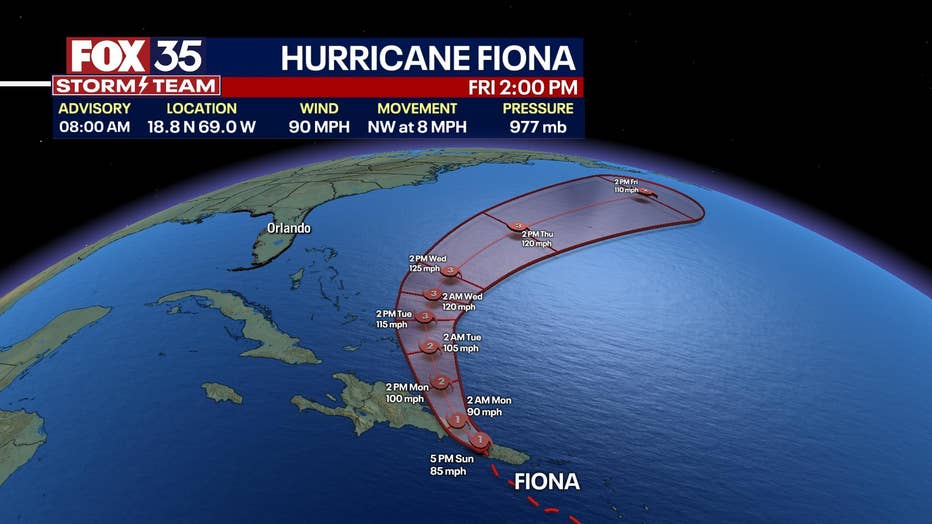 The storm made a second landfall on the southeast side of the Dominican Republic Monday morning.

Fiona is still a cat. 1 hurricane but, intensification is likely as the storm tracks north away from the Islands. Fiona is forecast to become a Cat. 3 major hurricane through midweek.

Where is Hurricane Fiona?

As of 8 a.m. Monday, Hurricane Fiona is about 35 miles southeast of Samana, Dominican Republic.

Maximum sustained winds are at 90 mph.

Fiona is moving northwest at 8 mph, according to National Hurricane Center. Minimum central pressure is 977 mb.

"On the forecast track, the center of Fiona will move over the eastern portion of the Dominican Republic during the next few hours and emerge over the southwestern Atlantic this afternoon," NHC said in its 8 a.m. advisory Monday.

Video taken by residents of Puerto Rico Sunday afternoon shows torrential downpours and gusty winds on the island as the eye of the storm approaches. 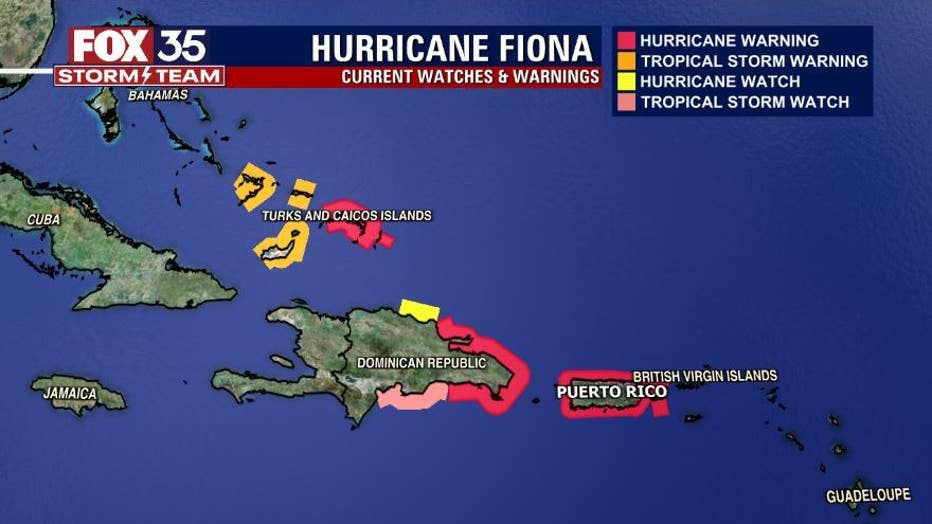 Looking at our exclusive FOX MODEL, the storm will move over eastern Dominican Republic into Monday afternoon with heavy bands lasting through the night.

The center of the hurricane is forecast to pass near or to the east of the Turks and Caicos on Tuesday. 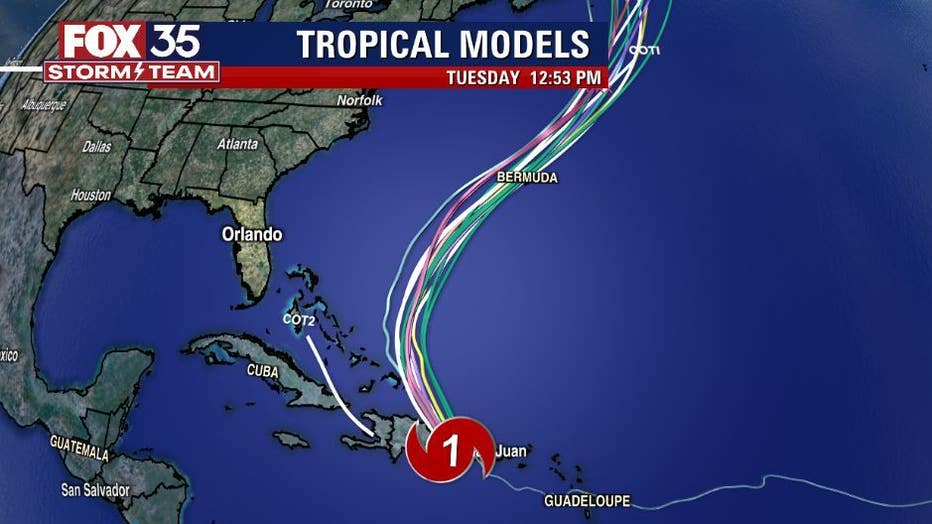 The Island of Bermuda should be watching closely. Rain is a huge threat as tropical downpours soak Puerto Rico and The Dominican Republic. Rain amounts in Puerto Rico could exceed two feet when it's all said and done.

You can depend on the FOX 35 Storm Team when it comes to tracking the tropics. Our FOX MODEL updates through the day and as those updates come in, we will share the latest with you!