ORLANDO, Fla. - Tropical Storm Mindy made landfall along Florida's coast on Wednesday night, bringing a surge of tropical moisture with it, including heavy rainfall and gusty winds in Central Florida. 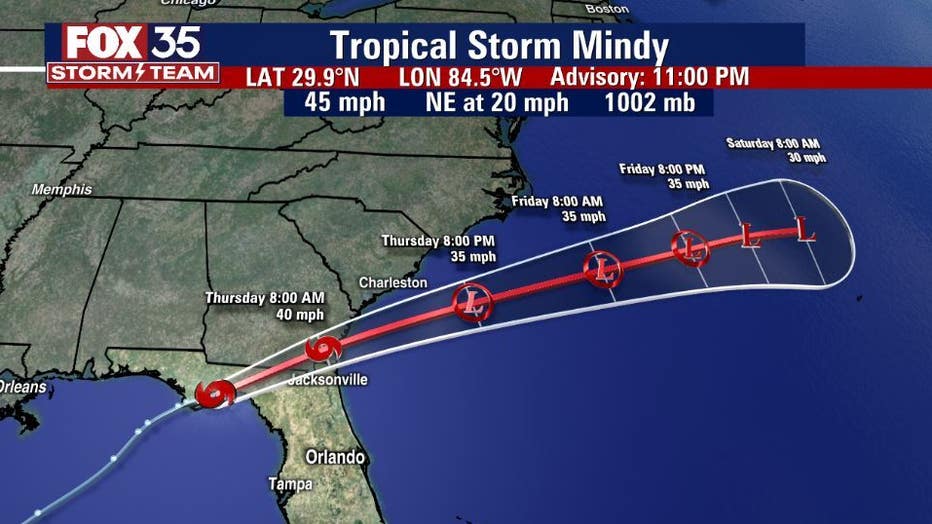 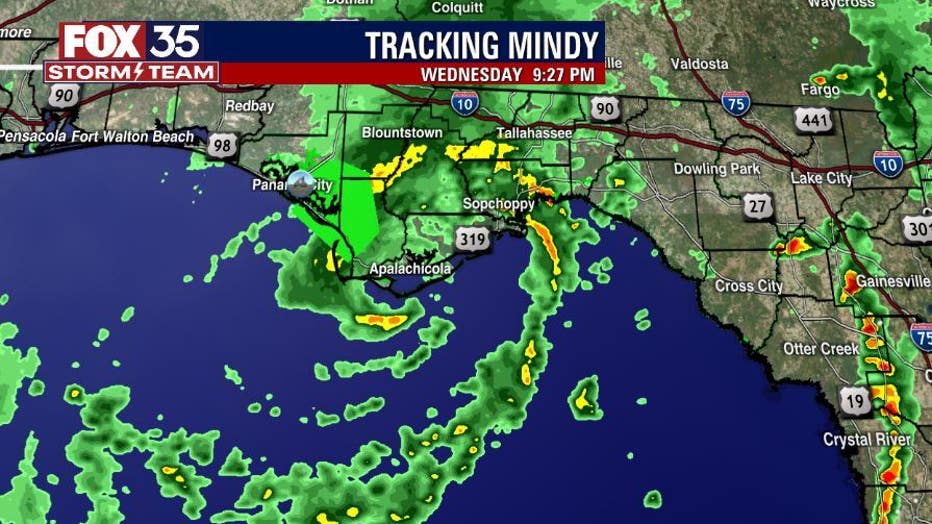 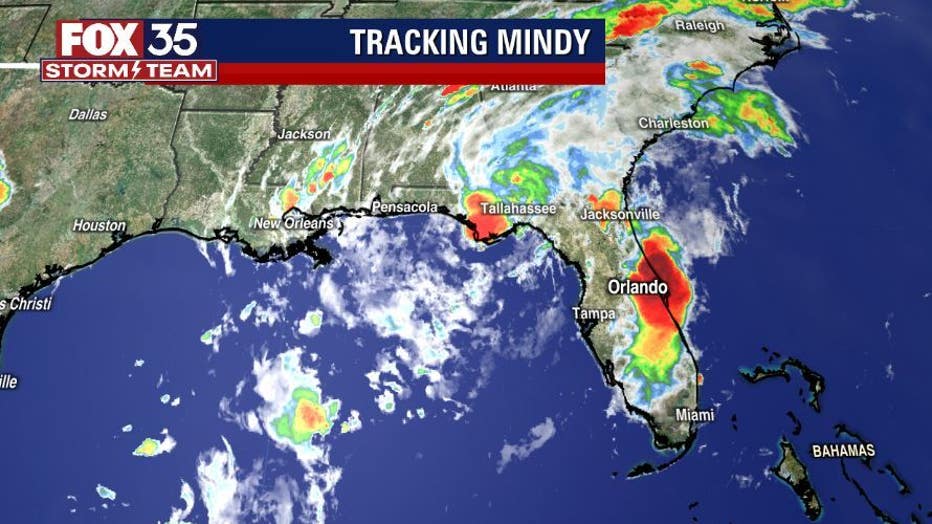 While this tropical storm mostly impacted the northern portion of the state, Central Florida still saw a surge of tropical moisture, resulting in pockets of heavy rain and lightning throughout the evening. Rain will continue for the next several days in Central Florida, according to FOX 35 Storm Team Meteorologist Allison Gargaro.

After moving through Florida, the NHC expects Mindy to move offshore of the southeastern United States and into the Atlantic Ocean by Thursday. It will gradually weaken along the way.

The NHC is also watching a tropical wave that is expected to emerge off of the western coast of Africa in a few days.

They said that additional development of the system is possible and a tropical depression could form by early next week as it moves west-northwestward over the far eastern Atlantic near the Cabo Verde Islands. It has a 40 percent chance of formation. 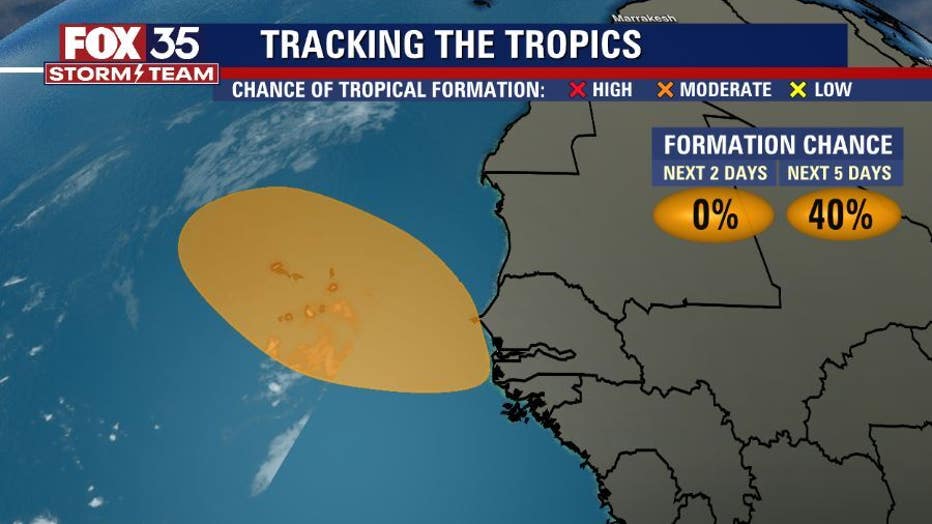 Meanwhile, forecasters said that Hurricane Larry is getting closer to Bermuda and packing maximum sustained winds of 100 mph, making it a Category 2 storm. It should pass through the island on Thursday and then move near or over Newfoundland on Friday.

Gradual weakening is forecasted over the next few days but Larry will still remain a hurricane, they said. 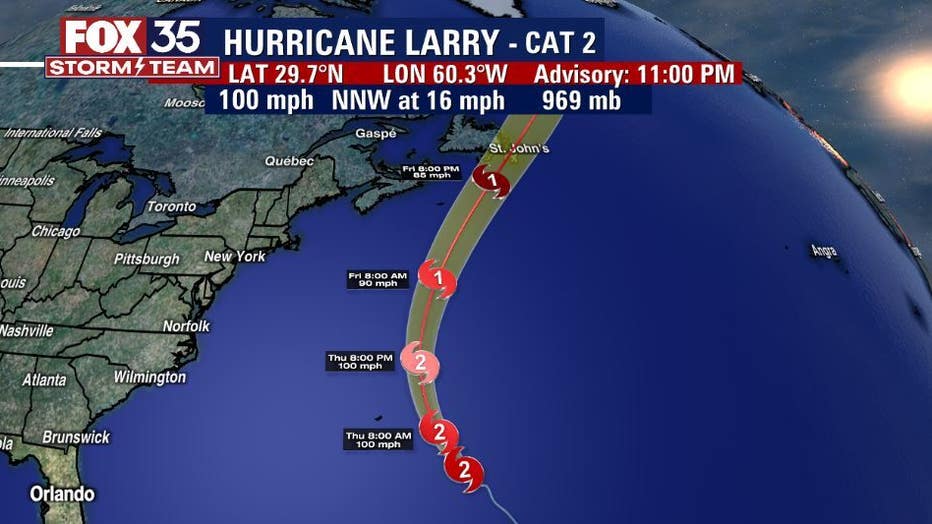 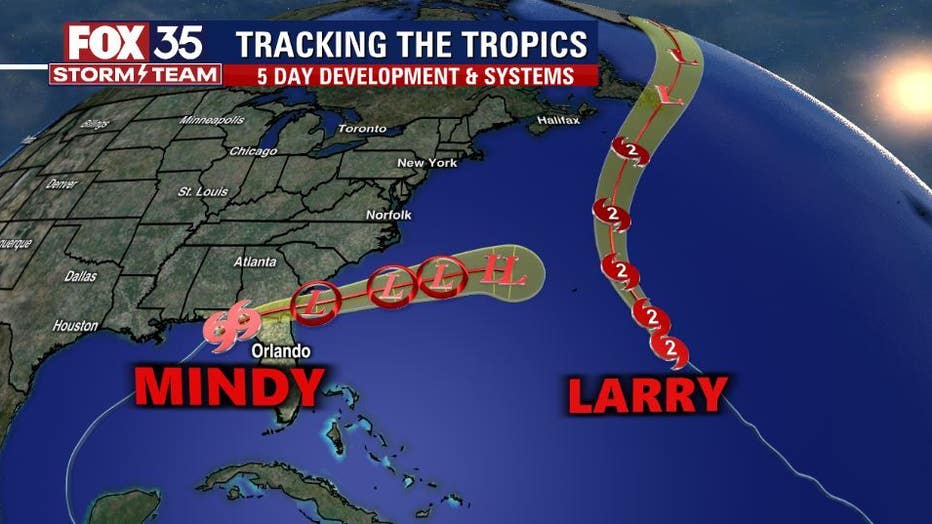 While Larry's impactful winds remain far from Florida, ocean swells are expected to affect much of the beaches throughout the week and into the weekend. Rip currents will be a huge problem at our local beaches during this time.

"Larry will provide the area with some of the biggest and best quality surf we've seen locally in some time," says FOX 35 Storm Team Chief Meteorologist Jayme King. "The early mornings will offer up light local winds, grooming the incoming swell, making conditions extra special. As a surfer myself, I'm looking forward to catching a few as well."