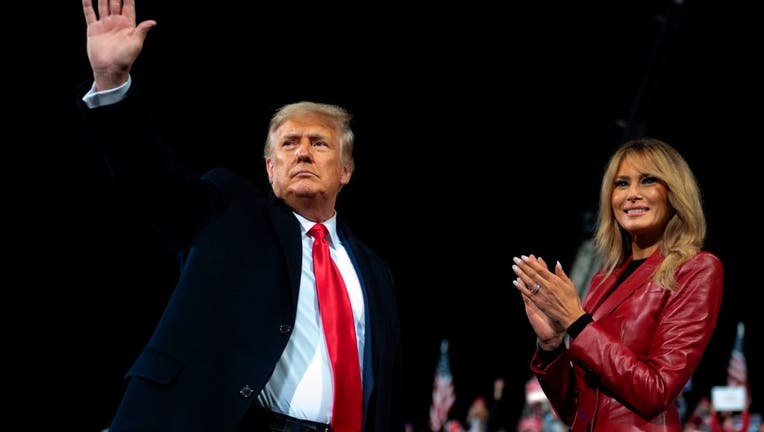 US President Donald Trump waves as he leaves the stage with First Lady Melania Trump at the end of a rally to support Republican Senate candidates at Valdosta Regional Airport in Valdosta, Georgia.

Former President Trump and former first lady Melania Trump launched a website Monday in what his office described as a bid to stay in touch with supporters and coordinate future appearances.

"President and Mrs. Trump are continually strengthened by the enduring spirit of the American people, and they look forward to staying in touch," Trump’s office said in a statement.

Trump has been outspoken on current events since his exit from the White House in January. The former president has relied primarily on press releases and television appearances for public statements after most social media platforms banned his account in the aftermath of the Jan. 6 riot at the Capitol.

Last week, top Trump adviser Jason Miller said the former president would return to social media on his "own platform" within the next few months. Trump has yet to make any formal announcement of his plans.

Trump pledged to play an active role in Republican politics ahead of the 2022 midterm elections. He has already endorsed a number of candidates and detailed plans to back primary challengers targeting his political rivals, such as GOP lawmakers who challenged his claims that the 2020 election was rigged or who expressed support for impeachment proceedings against him.