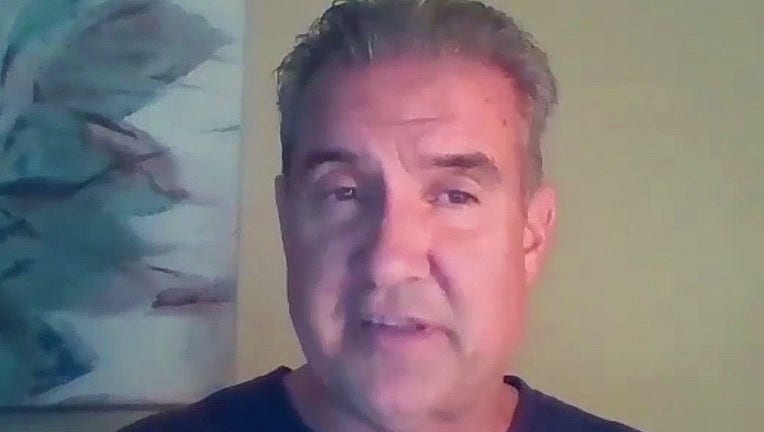 LAKE MARY, Fla. - The University of Central Florida on Friday announced that a professor who drew national attention last summer for controversial tweets has been fired, accused of classroom misconduct.

Dr. Charles Negy, an associate professor of psychology, was notified by the university on Jan. 13 of its intent to terminate him following a lengthy probe into claims he created a "hostile learning environment for students through discriminatory harassment" and deterred students from filing complaints about him.

Additionally, Negy is accused of providing false information during the school's investigation and for failing to report that a student disclosed to him that she had been sexually assaulted.  The alleged assault is said to have been reported to Negy in 2014.

"Instead of directing the victim to appropriate university resources, you discouraged her from reporting the incident and advised her to be more conscientious when choosing her friends," wrote Tosha Dupras, Interim Dean of the College of Sciences, in a termination letter to Negy.

RELATED: Attorney for UCF professor speaks out as school looks into firing him

"He’s devastated. UCF has shown absolutely no regard for his humanity," said Harris. "This all started the day after #UCFFIREHIM started trending on Twitter."

Negy drew national attention after posting controversial tweets last June regarding Blacks and other minorities, causing a social media firestorm. UCF said its intent to terminate Negy had nothing to do with his tweets.

Regarding claims of a hostile learning environment, Harris said that two of Negy's courses -- one on sexual behavior, and the other on cross-cultural psychology -- involve sensitive subjects where he challenged students' views.

"UCF has violated his First Amendment rights. They have violated his due process rights. People have engaged in defamation. The treatment of him has just been outrageous and it’s unlawful."

RELATED: UCF professor under fire after controversial tweets about race

In the UCF report, investigators state there were 94 complaints filed against Negy -- 50 of them were protected under the First Amendment. Many of them pertained to race and religion in his cross-cultural psychology course.

Harris told FOX 35 News that the outcome of UCF's investigation was predetermined.

"This pretextual, defamatory investigative report is the latest chapter in UCF’s effort to ruin Dr. Negy -- a man with a distinguished 22-year teaching career -- because he has become politically inconvenient. UCF, along with those who solicited and investigated false complaints against him, have violated his rights and defamed him, and will be held accountable in court."

Following his controversial tweets last summer, Negy told FOX 35 News that he is not a racist, describing himself as part white, part Hispanic, and gay.

"I don’t regret what I say, I still want to put forth these ideas. because we’re never gonna solve these racial inequalities, we’re always going to be fighting with each other if we don’t have these brutal conversations."

Read the University of Central Florida Office Of Institutional Equity report below.  Mobile users can click here to read.