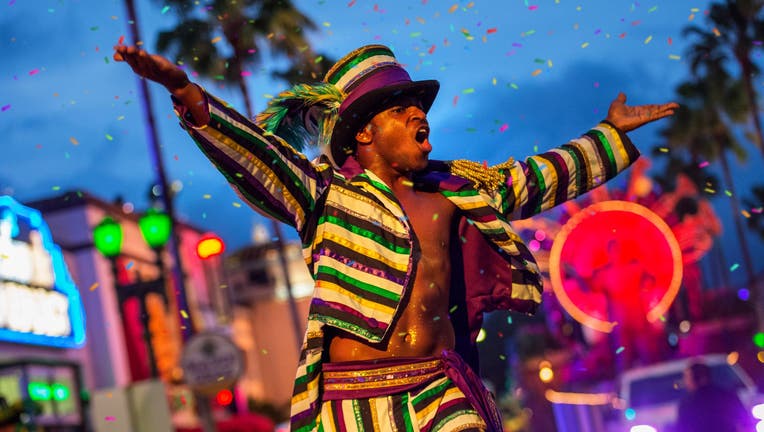 All concerns are included with regular theme park admission.

Universal also announced that this year's parade theme – Mythical Realms of Mardi Gras, which will be inspired by fantastical creatures, such as dragons phoenixes, and unicorns. The parade will include six floats, alongside Universal's traditional floats, including the two-story riverboat and nearly 50-foot King Gator.

The festival will also include a food tour with special kiosks throughout the theme park. Sample dishes include a classics Crawfish boil, beignets, shrimp ceviche tostada, and black coconut rice pudding with mango. New this year, there will be some festive foods added to menus at Universal's Islands of Adventure and Universal's Volcano Bay.