Universal Orlando announced on Tuesday that its highly anticipated Jurassic World VelociCoaster will open this summer on June 10, 2021.

"The hunt begins June 10!" Universal tweeted along with video of the thrill ride.

RELATED: New images of Universal's VelociCoaster show bridge that gets people up close to coaster

Universal has been offering sneak peeks at the upcoming ride for several months.

"Thrill-seekers will have the opportunity to soar 155 feet in the air and catapult up to 70 mph alongside a ferocious Velociraptor pack as Universal Orlando Resort opens Jurassic World VelociCoaster – Florida’s fastest and tallest launch coaster, located at the Islands of Adventure theme park," Universal said in a press release on Tuesday.

The outside of the ride is surrounded by paddock walls as seen in the movies. A video shared by a FOX 35 viewer shows actors dressed as Owen and Claire with Blue the raptor behind them. Chris Pratt and Bryce Dallas Howard play the characters in the blockbuster franchise.

Zack Umbarger took these nighttime photos of the VelociCoaster.

The rollercoaster, which will be located in the Jurassic Park area of Islands of Adventure, is said to feature more than 4,700 feet of track and reaches heights of up to 155 feet. 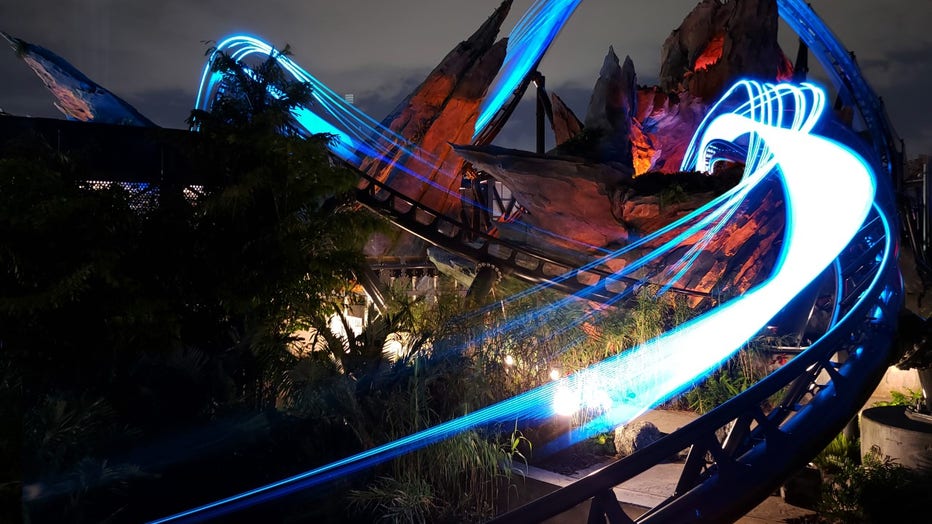 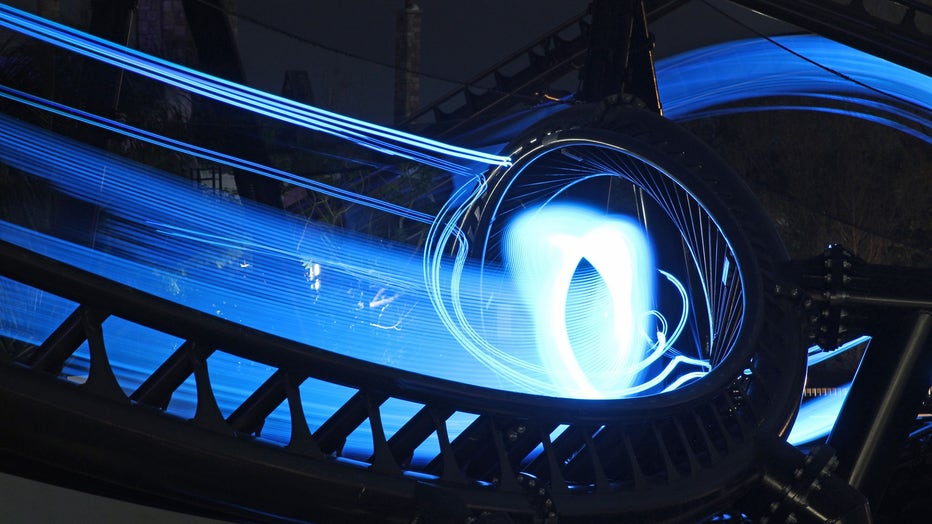 According to Universal Orlando Resort, be prepared to: 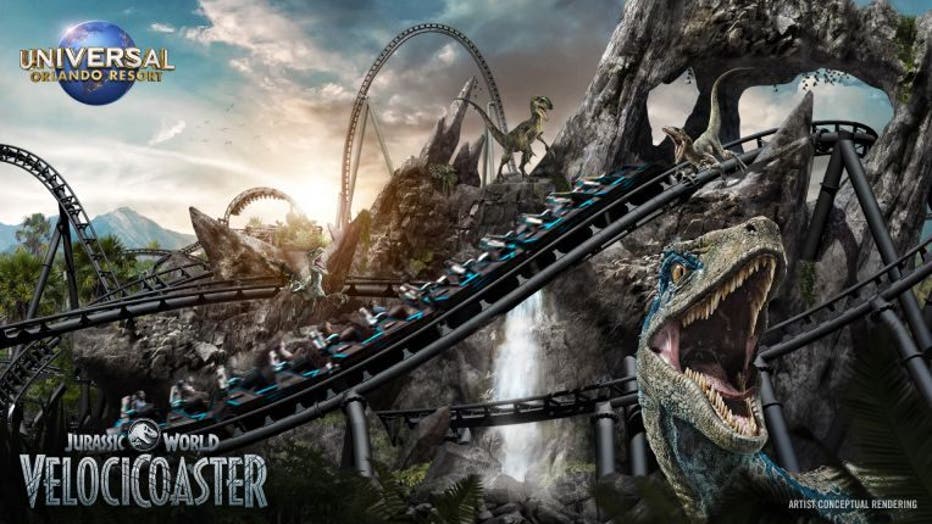 "This is going to flip you upside down with nothing but a lap bar and physics holding you into your seat," Kubersky added. "The ride is going to have two high-speed launches and from what I hear at least one of them is going to have special effects involving velociraptors," said Kubersky.

So set an alert on your phone: the VelociCoaster will roar on June 10.