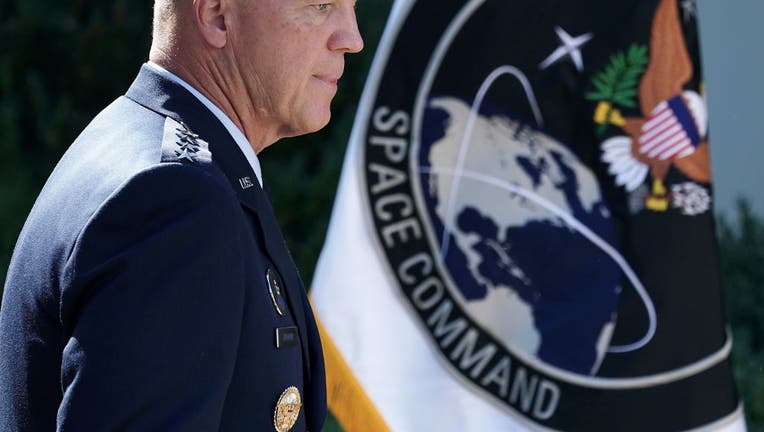 The USSF is America's newest military branch, being founded under former President Donald Trump in 2018. The branch revealed its official song during the Space and Cyber Conference in Maryland on Tuesday. The event is coordinated by the Air and Space Associations.

"Every branch of the armed forces has an official song, from ‘The Army Goes Rolling Along’ to 'The Marines' Hymn.' Each song is part of the services' foundation and represents its values, traditions and culture," the Space Force wrote.

"'Semper Supra' was named after the USSF motto, which is Latin for ‘Always Above.’ It was created to capture the esprit de corps of both current and future Guardians, and intends to bring together service members by giving them a sense of pride," it continued.

SpaceX provided a ride into space for NASA's DART mission, the first attempt to test out an Earth protection plan from asteroids by crashing a spacecraft into one.

Two U.S. service members were tasked with writing the song, former Air Force band member James Teachenor and Chief of Space Operations Gen. John "Jay" Raymond. The pair have worked on the lyrics and melody in the years since the branch's birth in 2019.

"This is a once-in-a-lifetime opportunity to establish a Space Force song that will be part of our culture and heritage for years to come," Raymond said. "Our traditions are part of the fabric that weave us all together as we execute our missions side-by-side; I will be proud to sing 'Semper Supra' alongside my fellow Guardians."

The song's lyrics are below:

"We're the mighty watchful eye,
Guardians beyond the blue,
The invisible front line,
Warfighters brave and true.
Boldly reaching into space,
There's no limit to our sky.
Standing guard both night and day,
We're the Space Force from on high."