A Palm Coast woman is trying to figure out what kind of animal ran across her yard late at night.

PALM COAST, Fla. - Is there a raptor on the loose in Palm Coast?

One homeowner is questioning whether the prehistoric creatures are back after seeing a dinosaur-like animal running across her yard.

MORE NEWS: Some people may have to return their $1,400 stimulus check

"Any animal we can come up with that would be 'walking' at 3:40 in the morning, wouldn't walk this way," she told FOX 35 News. "Maybe I've watched 'Jurassic Park' too many times, but I see a raptor or other small dinosaur!" 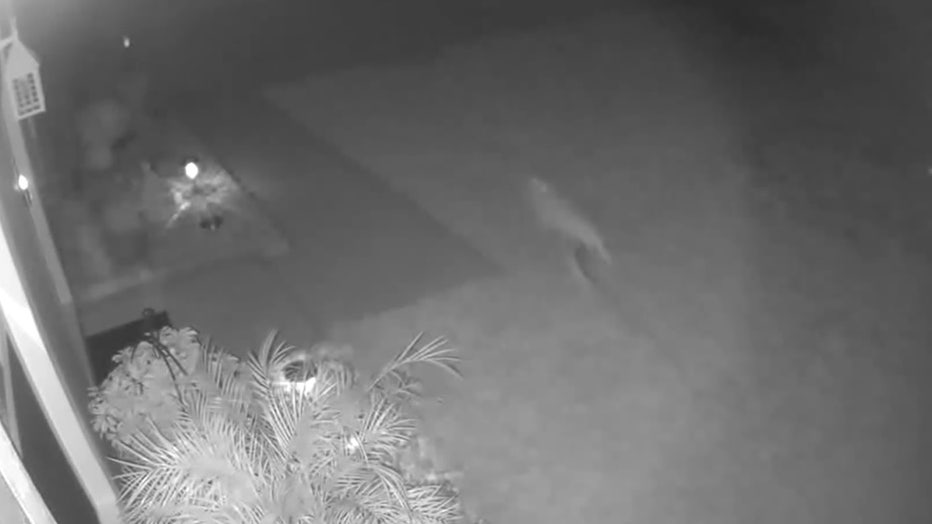 She says everyone she's shown the video to comes up with the same conclusion: it looks like a baby dino.

"Some say a large bird, but that makes no sense -- since whatever it is appears to have front legs.  So not sure? Lol. I'm sticking with raptor myself," she joked.

Viewers online debated about what the animal could be.

"Looks like a Komodo dragon or some type of lizard!" one person commented.

"That is a dog wearing a harness dragging a leash. You can see all four legs and the harness and leash dragging behind it," another said.

One commenter wrote, "UFO recently sighted and guess this could be the CEO checking things out."

We're sure there is a logical explanation for this, but watch the video above and decide for yourself.

*Note: This story was originally reported that a man had shared the video. The story has been updated with the correction.