A video posted by Vanessa Guedert on TikTok has racked up over 30 million views. It shows her son greeting Disney princesses at the Magic Kingdom like a true gentleman.

ORLANDO, Fla. - A little boy from Central Florida has gone viral after his mother posted video to TikTok of the way he greeted Disney princesses at the Magic Kingdom in Walt Disney World.

Vanessa Guedert posted the clip to TikTok and Instagram last week showing her son, Bernardo, tipping his Mickey hat to the princesses as they walked by during a parade. He even gets a kiss blown to him from Snow White! 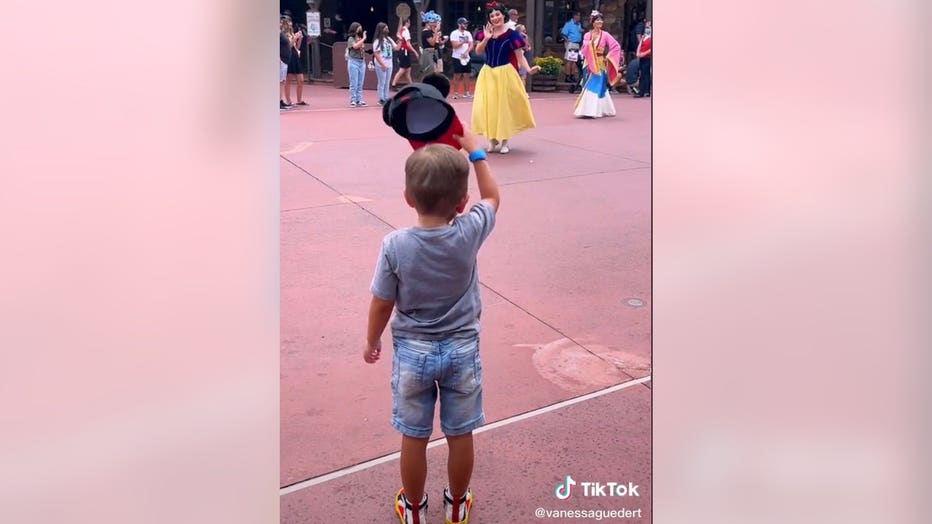 Viewers on TikTok were impressed, calling the 4-year-old "a true gentleman."

The video, captioned ‘Disney’s true prince,' has racked up over 35 million views.

"I thought I was being a little cry baby for crying but everyone else is too," wrote one commenter.

The video got the attention of Disney Parks Blog, who wrote, "Oh my goodness. A true prince! This is adorable!"

"He’s a great kid, very polite, happy," Guedert told Fox News. "He loves Disney movies such as ‘Beauty and the Beast,’ ‘The Incredibles, ‘Monsters Inc.’ but his favorite is ‘Toy Story.’"