PALM COAST, Fla. - An alleged road rage incident came to a head in the middle of a Palm Coast neighborhood on Friday, deputies said.  A bystander recorded it on his phone as things started to heat up.

Flagler County Sheriff Rick Staly said it all started after a motorcyclist accelerated past a truck in the opposite direction on Ponce DeLeon Drive.

That’s where the bystander’s video begins as the truck and the motorcycle are side by side in the road.

As the driver stepped toward the motorcyclist, his car rolls forward --Sheriff Staly points out the driver forgot to put his car in park, and that driver turns around, opens the car door and you can hear the gears grinding as he puts the car in park.

Deputies identified the pick-up truck driver as William Markert and the motorcyclist as Cole Nailor.

According to the deputy’s report, Markert walked toward the motorcyclist.  In the video, deputies said you can hear Markert saying, "Come on you little punk."  Deputies noted in their report that Markert walked "in an aggressive manner and began to push Cole." 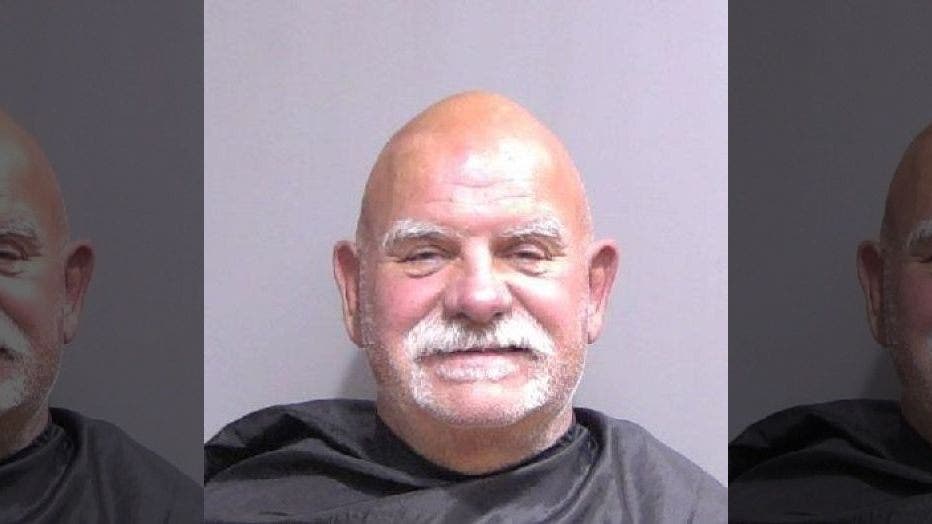 Deputies said the video shows the fight started in the street then the two wound up wrestling on the ground in someone’s yard.  They both had gone their separate ways before deputies arrived on the scene.

Sheriff Staly said it never should have come to this.

"Don’t let anger take over," he said.  "Ignore it. Get a tag number, call the sheriff’s office and let us respond to investigate.

Markert was arrested and charged with simple battery. He has since been released from jail.