A vigil was held Saturday night for the 19-year-old victim of a hit-and-run crash in Orlando.

ORLANDO, Fla. - A vigil was held on Saturday night for the 19-year-old victim of a hit-and-run crash in Orlando.

The vigil took place at South Orange Avenue and Prince Street, near where Anthony Mejias was hit and killed on the morning of April 2 while he was walking along the road.

A spokesperson for the Florida Highway Patrol (FHP) says newly-discovered surveillance video could help them identify the vehicle in a deadly hit-and-run. 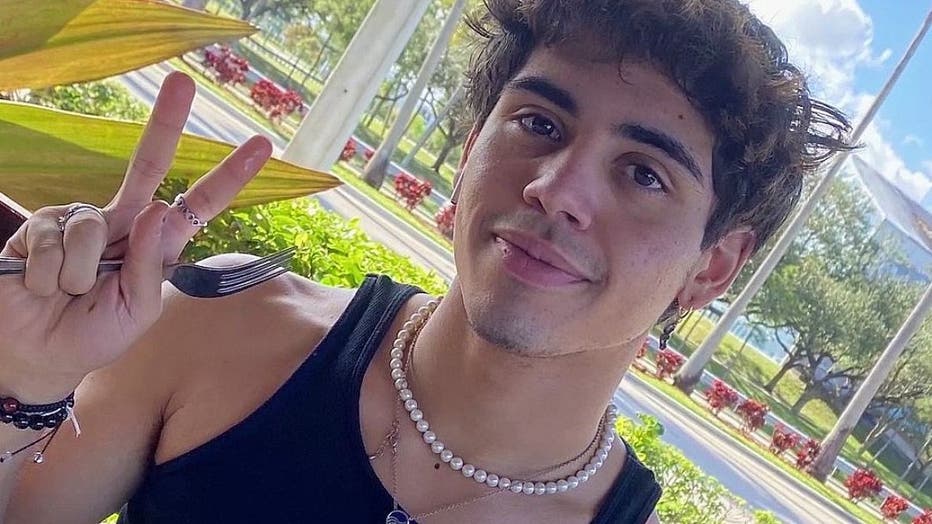 FHP says the dark, grainy video shows when Anthony Mejias was struck as he walked Orange Avenue on the morning of April 2. Investigators say the suspect’s car hit the 19-year-old hit near Prince Street.

"The vehicle appears to be a smaller vehicle, which is consistent with the injuries he received. We’re still hopeful we can enhance the video."

"Hopefully, we can locate this vehicle and find the driver who left him to die."

"To hear that my son was hit and no one stopped is hard to handle," the teenager's mother, Vivian Blanco, said. She searched for her son for six days not knowing he was the victim of a fatal hit-and-run.

"The person that hit my son robbed me of the most beautiful blessing that I have," she said.