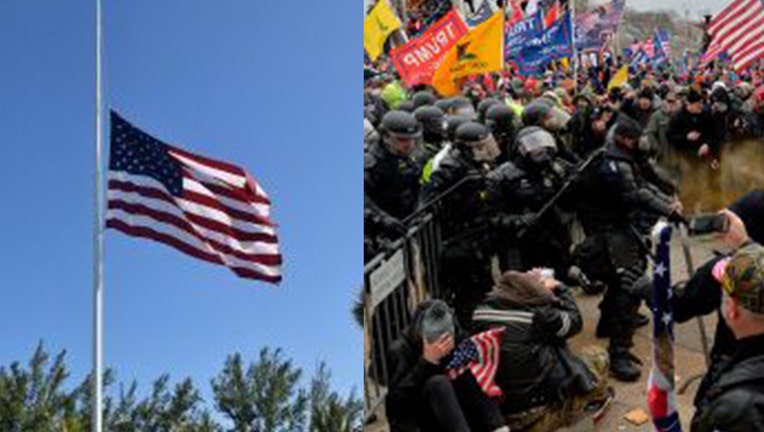 VOLUSIA COUNTY, Fla. - On Friday, deputies in Volusia County will wear mourning bands and flags will be flown at half-staff in honor of Brian Sicknick, the U.S. Capitol Police officer who died after suffering injuries during Wednesday's rioting in Washington.

Sheriff Mike Chitwood tweeted: "Effective Friday morning, @VolusiaSheriff deputies will wear mourning bands, and all our flags will fly at half staff in honor of Officer Sicknick. My sincerest condolences & prayers are with the family he leaves behind to carry on. May they find peace & strength in his memory."

Sicknick was a member of the Capitol police department's First Responder's Unit who joined the force in July 2008. His death will be investigated as a homicide, the Capitol Police said, with the probe handled by Capitol Police, Washington's Metropolitan police, and federal agencies.

Sicknick was on duty at the Capitol when he was injured "while physically engaging with protesters," a statement said. The officer collapsed after the attack and was taken to a local hospital, where he died at 9:30 p.m. Thursday.

"An investigation is underway, and more will be known in the future," Sheriff Chitwood tweeted. "What's important now is that a family is mourning the loss of a loved one, and our entire nation must grieve another law enforcement officer who gave his life in the line of duty."

Watch FOX 35 News for the latest on the riots at the Capitol.