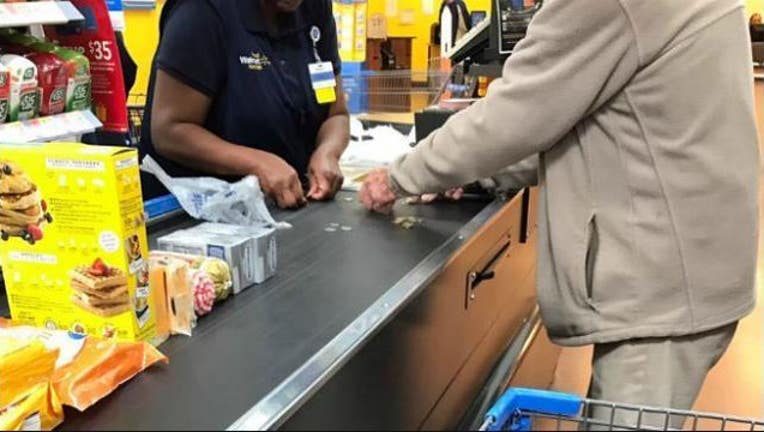 A Mississippi woman said her heart was warmed while recently shopping at a Walmart.

Spring Herbison Bowlin stopped by Walmart during lunch last Thursday and was in the checkout line when she was moved by the cashier's kindness toward another customer.

Bowlin said a gentleman in front had just been given his total when he looked back at her and began apologizing as he pulled out handfuls of change from his pockets.

"He miscounts and starts to get flustered," Bowlin said.

"His hands and voice are shaking," she said. "This beautiful cashier takes his hands and dumps all the change on the counter and says, 'This is not a problem, honey. We will do this together.'"

Bowlin said the man continued apologizing to her and the cashier, and they kept reassuring him he was doing nothing wrong.

Eventually, they were able to get the man's transaction taken care of and Bowlin said he shuffled away. Then, she looked at the cashier and thanked her for being so patient with him.

"She shakes her head and replies, 'You shouldn't have to thank me, baby. What's wrong with our world is we've forgotten how to love one another.'"

Bowlin shared a photo of the exchange and said she wants to be more like the kindhearted cashier. The image has more than 21,000 likes.