It took about 20 minutes but two Florida fishermen reels in a 7-8 foot bull shark on a beach in Naples. (Credit: Bruce Mccomas)

NAPLES, Fla. - Two Florida fishermen made quite a catch this week when they reeled in a massive bull shark near Naples Beach.

Bruce Mccomas and Chris DeHart were out at the beach when they spotted two sharks in the water near the shore.

"We've got a big bull shark out here swimming around and a hammerhead with it. I think we got the bull shark though," Mccomas says in the full video posted to Facebook. 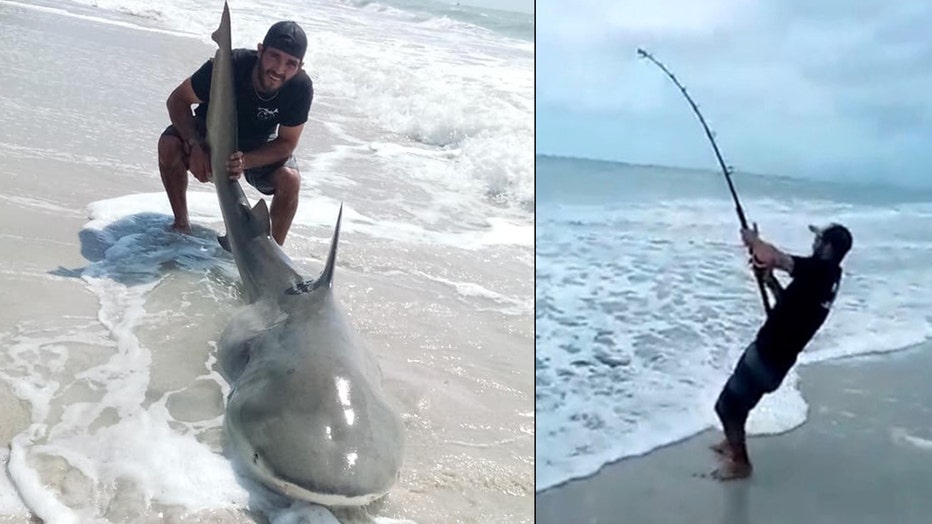 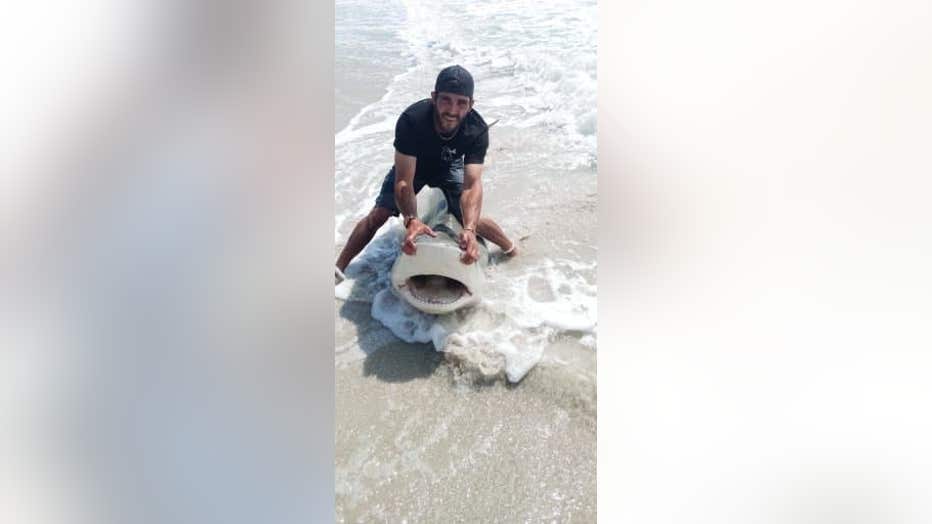 Mccomas tells FOX 35 News the bull shark was about 7-8 feet long. It took about 20 minutes to reel the big one in.

After taking a few photos, Mccomas says the pair released the shark and it 'swam away healthy.'

According to Florida Fish and Wildlife, bull sharks are one of the more dangerous shark species, accounting for the third highest number of attacks on humans.