An unusual encounter with Tom Brady

TAMPA, Fla. - It's not every day that someone breaks into your house.  It is even weirder when that intruder is NFL legend and future hall-of-famer Tom Brady.

"I see the doorknob turning, I just froze. I was like, 'Oh my God,' someone is coming into my house," recalled David Kramer.  "He doesn’t even say ‘Hi’ first and just looks up at me and says, ‘What’s up man?’"

This was back in April when Brady had just arrived in town, before the season started. The Buccaneers’ new quarterback thought he was walking into the home of offensive coordinator Byron Leftwich, which was actually next door. 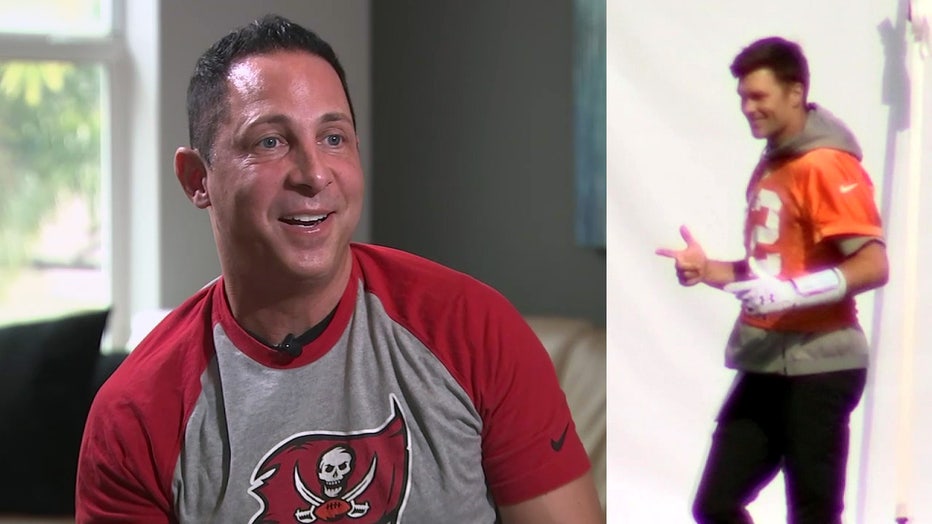 And just like that, David Kramer's unlikely minute-and-a-half encounter with Brady was over.  Still, it’s a story he loves to tell.

"A million times. To the point it actually hurts sometimes, but it is a lifelong memory I'll always have," he said. "To see him go to the Super Bowl is phenomenal.  It's the biggest weekend in Tampa. I've never seen anything like it."

Gronk’s mom has advice for son ahead of Super Bowl

An Estero resident, Rob Gronkowski's mom is his biggest fan and knows him better than anyone.

And who would've thought Tom Brady’s path to his 10th Super Bowl would run right through David Kramer's front door.

"I wasn't scared because he looked so nice," Kramer joked. "Thank God I didn't shoot him."