FOX 35's David Martin speaks with one of the Thunderbirds about the upcoming flyover.

LAKE MARY, Fla. - The world-renowned U.S. Air Force Thunderbirds will perform a flyover at the 63rd annual Daytona 500 at the Daytona International Speedway this weekend.

The Great American Race marks the season-opener of the NASCAR Cup Series and can be seen on FOX and FOX Deportes on Feb. 14 (2:30 p.m. ET). Live Daytona 500 pre-race coverage begins on FS1 with NASCAR RACEDAY at 11 a.m. ET, before the show’s move to FOX and FOX Deportes at 1 p.m. ET.

The flyover will mark the 11th consecutive year, and 12th total, that "America’s Ambassadors in Blue" – officially known as the U.S. Air Force Air Demonstration Squadron – will showcase their precise choreography at the end of the National Anthem. 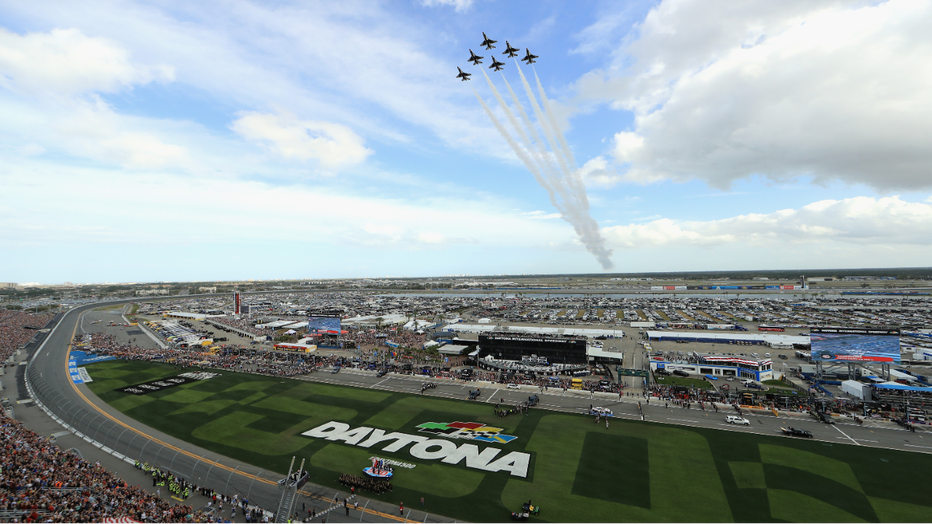 "We’re honored to have the U.S. Air Force Thunderbirds continue to be a part of the traditional DAYTONA 500 pre-race ceremonies," Daytona International Speedway President Chip Wile said. "For both the thousands of fans in attendance and the millions more watching on television, the sight of the USAF Thunderbirds soaring over the race track at the end of the National Anthem is one of the most exhilarating and treasured moments of the DAYTONA 500 experience."

"We are excited to fly over the Daytona 500 again this year," said Lt. Col. John Caldwell, Commander and Leader of U.S. Air Force Thunderbirds. "This amazing event has kicked off our demonstration season for the past ten years, and we are grateful for the partnership between the Speedway and Air Force. There is always a lot of enthusiasm surrounding this race, and we’re honored to share the pride, precision, and professionalism of the 693,000 total force Airmen to NASCAR fans around the world."

For the 11th straight year, America's ambassadors in blue will soar over the Daytona International Speedway ahead of the Great American Race.

Tune in to FOX 35 News for the latest headlines.