After a number of delays, NASA's Artemis I mission successfully launched from Cape Canaveral early Wednesday morning. Here is the moment that Artemis I launched. 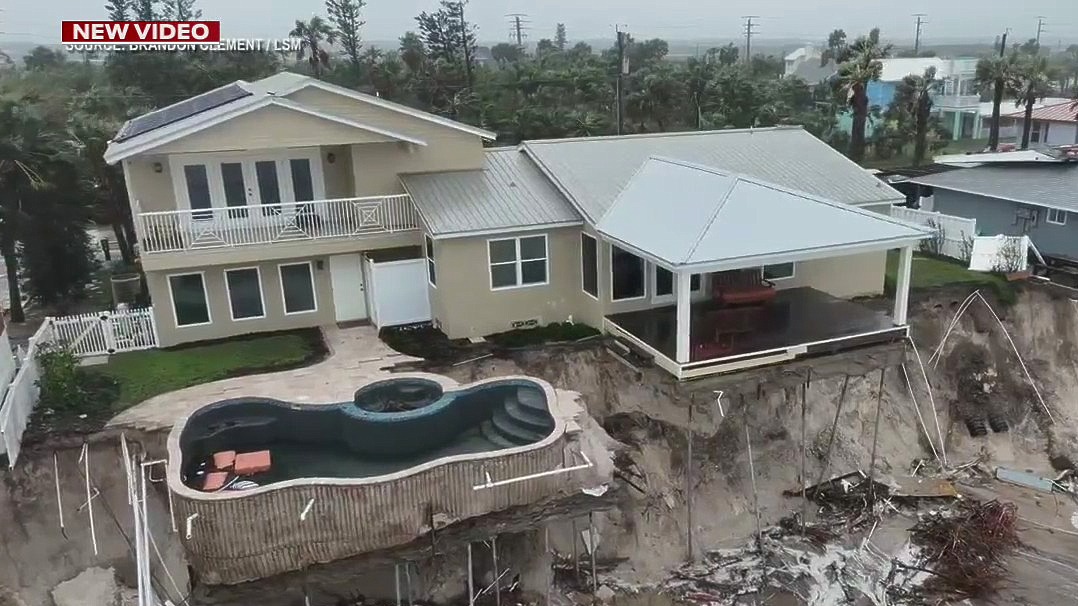 Frank Crowder captured video of a large lizard attempting to climb up a window of a home in Apopka, Florida.

A dog that had been wandering for days in a Fort Lauderdale-area storm drain was rescued by firefighters.

“Neither of us have been to Europe but it has always been a dream to go,” the bride-to-be said.

A boat that was being refueled at a marina near Daytona Beach exploded on Sunday, Aug. 21, 2022, sending debris into the air. One person was taken to the hospital with burns, and three others were hurt, but declined to go to the hospital, according to officials.

When a homeowner found a small alligator in her swimming pool, she called the police.

It has been one year since Daytona Beach Police Officer Jason Raynor's passing. The 26-year-old was investigating a suspicious vehicle nearly two months prior to his death when he was shot. A vigil was held on Wednesday to remember his "ultimate sacrifice" in his service to the community.

For the fourth time in the last three weeks, someone in the Tampa Bay region has been attacked by an alligator. This attack, along the shoreline of Lake Thonotosassa in Hillsborough County, was actually captured on video by drone hovering above the lake. JC Defeats was rushed to Tampa General Hospital after a gator bit down on his head. Doctors performed a craniectomy, or surgery to remove a portion of his skull.

Decades after leaving the Coast Guard, a Lakeland man used his life-saving skills to safely pull a woman from a sinking car after police say she mistook the gas pedal for the brake and drove her car into a swimming pool Wednesday morning. Investigators said the SUV went over a curb, through a fence and then into the pool at Sandpipers Golf and Country Club on Grouse Drive.

FOX 35 News at 5Smash-and-grab robbers in New York City stole a large amount of high-end jewelry in a heist that was caught on video.The robbery happened at Rocco's Jewelry in the Bronx on Friday at around 2:30 p.m. The business estimates that they lost $2.15 million worth of merchandise in the heist. p.m.

A FOX 35 viewer captured some of the cutest bear video that we've ever seen. A momma bear and her cubs were playful as they explored some bird feeders in a backyard of a home in Altamonte Springs.

A pilot was pulled to safety after a small plane crashed into the waters off Huntington Beach Friday afternoon.

The National Weather Service reported a waterspout over Lake Weir on the evening of Friday, July 22, 2022, and several FOX 35 viewers sent images and videos of what they were seeing in their neighborhood.

Congratulations, Violet! At 96 years old, Violet Edwards, who lives in Parkland, Florida, recently earned her associate's degree, becoming one of the oldest people to earn a college degree. Her advice: "It's never too late." And she's not done, she said. Watch the video to hear what her next goal is.

Here in Florida, alligators, bears, and snakes are part of neighborhood sometimes, and in one neighborhood, a curious – and maybe hungry – bear decided to fetch himself a snack.

When it comes to Florida, you get gators, snakes, and bears. On Saturday, a curious bear looking for a snack found his way into Jason Mickel's garage near Sanford -- and he recorded it.