FOX 35 Storm Team Meteorologist Allison Gargaro has the latest on the weather in Central Florida.

The first is located over the western Gulf of Mexico. Conditions are marginally favorable for development. There is a 60% chance for formation within the next five days.

Regardless of development or not, this system could produce heavy rain over portions of southeastern Texas and southwestern Louisiana this weekend.

Due to strong high pressure and easterly winds, the track of this system has it moving north, staying pinned along the western Gulf of Mexico.  You can track the latest tropical models and weather maps on OrlandoHurricane.com.

The FOX 35 Storm Team is also watching a non-tropical low-pressure system about 450 miles east-northeast of Bermuda and has become better organized. It currently has a 90% chance of developing over the next five days.

The low is expected to move westward over warmer waters Thursday night into Friday, and will likely become a subtropical cyclone near Bermuda.

However, the system is expected to move toward the north and northeast, away from the United States, into an unfavorable environment by late Sunday.

The system will generate long-period swells at area beaches by Sunday. If the system does become a named storm, it will be called ANA – our "A" storm kicking off the coming Hurricane Season which officially begins on June 1.

Winds will remain breezy, out of the east, so expect a moderate risk for rip currents this weekend.

Partly sunny and dry conditions persist into the weekend. Afternoon highs will be in the low 80s along the coast with mid to upper 80s across the interior.

Overnight lows will be in the mid-to-upper 60s.

By Sunday, temperatures in Central Florida will hit 90 degrees, with the mid-80s along the coast.

High pressure will park itself on top of the area Monday, so expect temperatures to soar into the mid-and-upper 90s early next week. 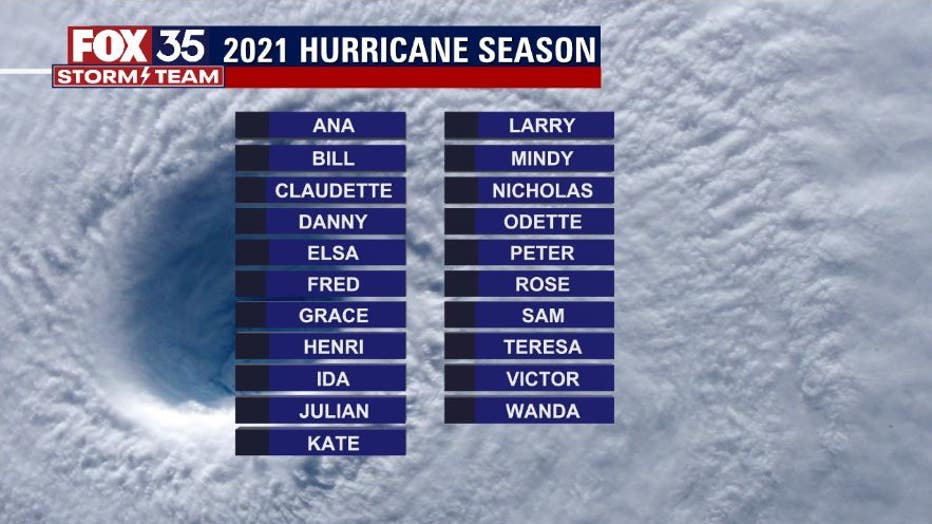 High pressure will park itself on top of the area Monday, so expect temperatures to soar into the mid-and-upper 90s early next week.

Stay with the FOX 35 STORM TEAM for the very latest as we're always watching and always tracking.