FOX 35 Chief Meteorologist Glenn Richards has the latest on the weather in Central Florida, including freeze watches and warnings for Wednesday night and Thursday morning.

ORLANDO, Fla. - Don't put the jackets away just yet: the coldest temperatures since early January are coming to Central Florida, prompting another night of Freeze Warnings.

Several counties were under Freeze Warnings on Wednesday morning, which expired at 9 a.m. After the morning chill, temperatures remained on the lower side for high temperatures that were expected for the day.

Tonight, lows tumble into the low-mid 30s. These will be the coldest lows for Orlando since early January! 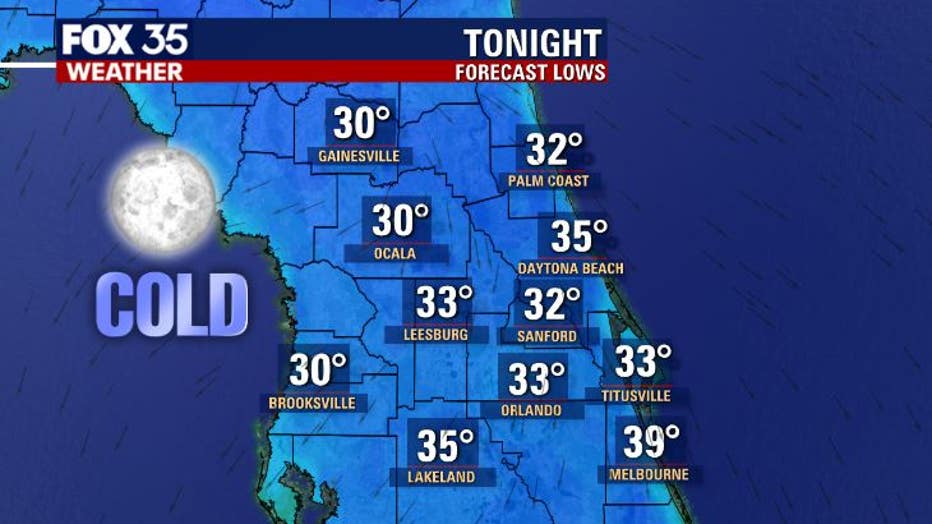 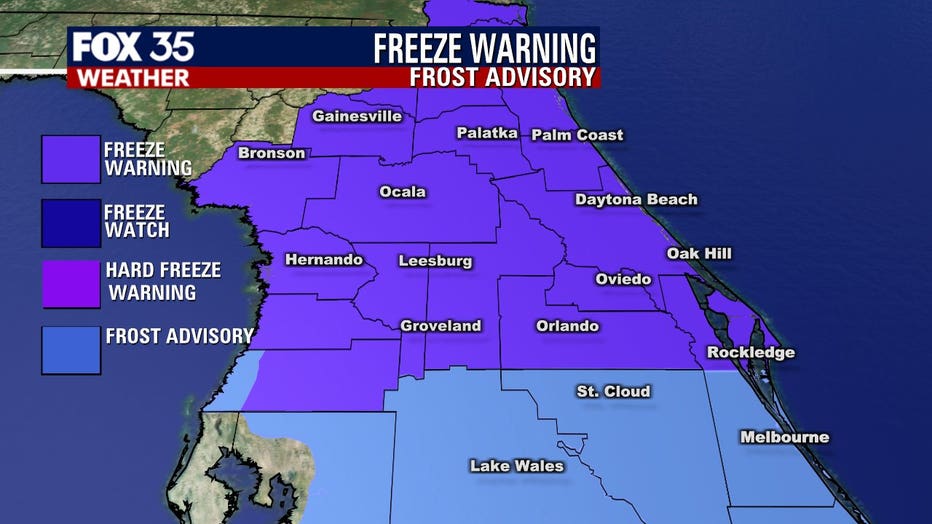 Widespread frost is likely, even near some of the beach communities. Freeze warning and watches are in play again Thursday morning, from Orlando Metro and North Brevard County Northward.