Orlando, FL - The FOX 35 Storm Team is tracking the tropics for you on this Friday.

All is well and quiet as of right now across the Atlantic, the Caribbean and through the Gulf of Mexico. The question remains though: could we see a system of some kind develop in the Southwest Gulf of Mexico by mid-late next week? Some of the more reliable forecast models are currently suggesting just that. 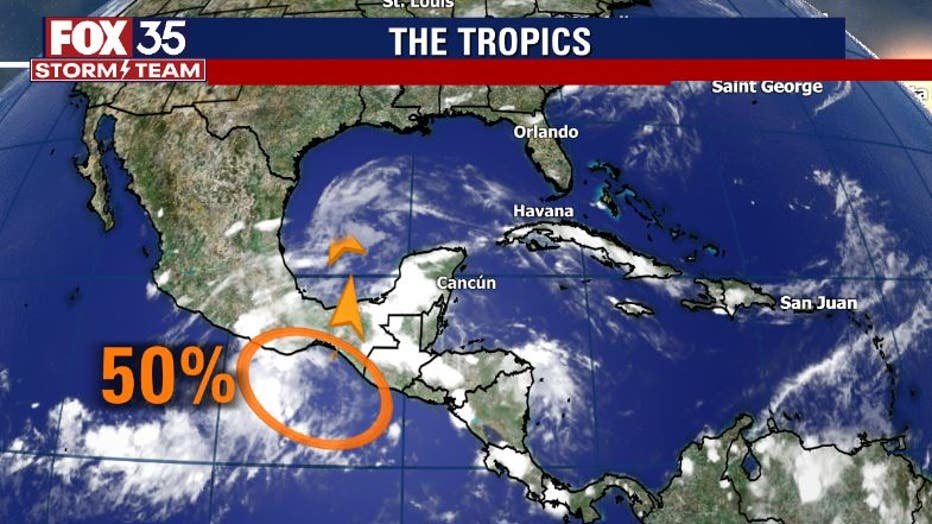 The National Hurricane Center is keeping a close eye on an area of showers and storms bubbling up in the Pacific Ocean, several hundred miles to the South of Mexico.

The 2-day developmental outlook on this feature stands at 30%. The 5-day outlook is now at 50%. This area of disturbed weather will move slowly to the North closer to land, possibly crossing over into the far Southwestern Gulf by early next week. 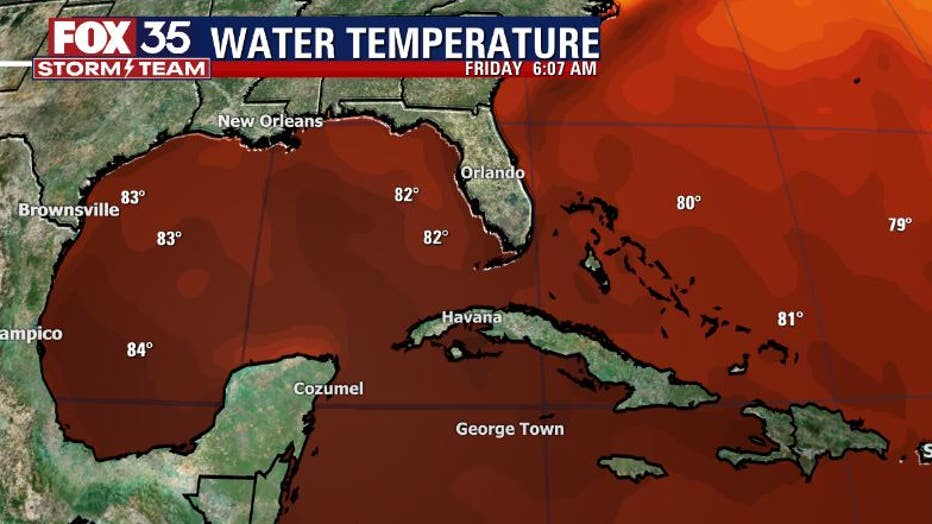 Water temperatures in that part of the Gulf are certainly quite warm and could easily support tropical development.

This will really be the spot to "watch" as we head into early next week and beyond. While nothing is set in stone as of right now, forecast models are hinting that something might be brewing. 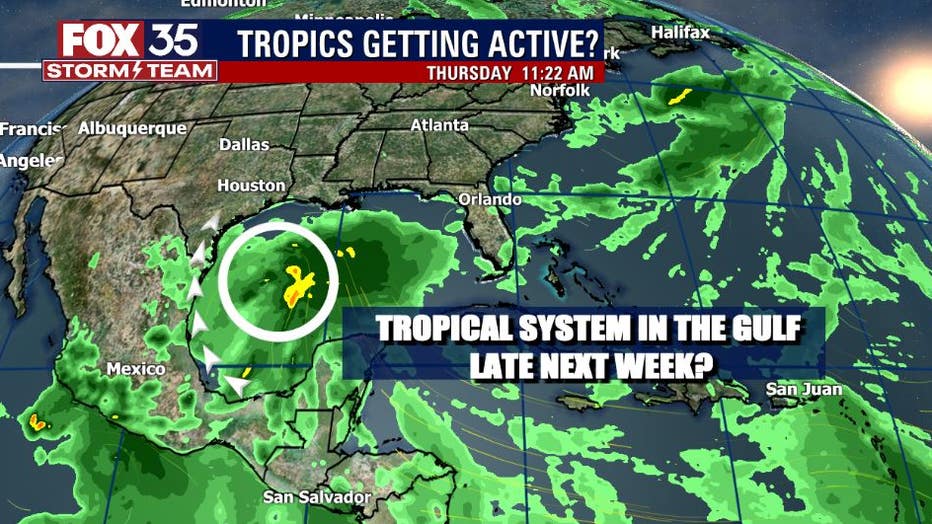 The European forecast model shows an area of high moisture content over the West Central Gulf by next Wednesday/Thursday.

While the system (whatever it might be) doesn't look tightly wrapped – it's certainly something that will need to be monitored. If anything, this would certainly bring a spell of tremendous moisture increase for the Gulf South, an area that has received a lot of rainfall over the last several weeks. 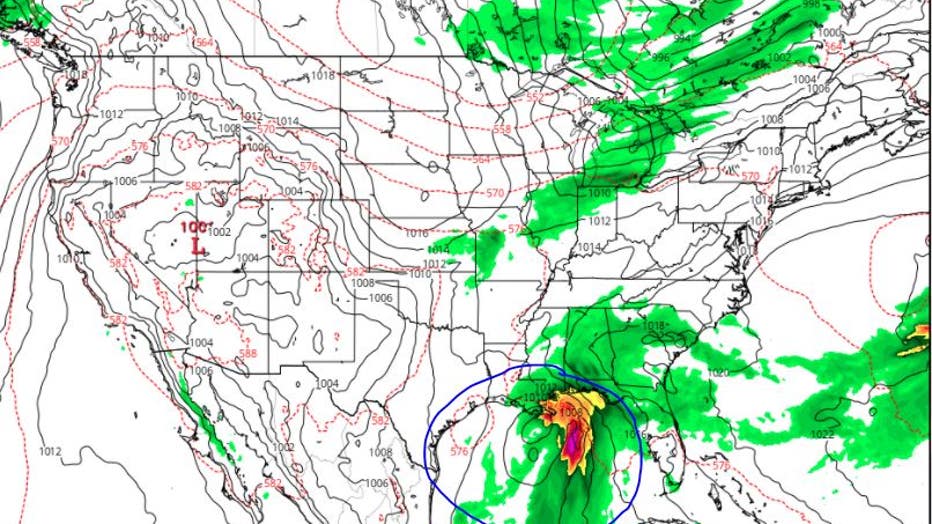 The latest GFS forecast model is also onboard and shows a possible tropical system in the same general area by mid-late next week. So the modeling is sending a clear signal and one that can't be ignored.

The FOX 35 Storm Team is committed to keeping you and your families safe. Stay with us for updates this weekend and beyond.