Orlando, FL - For the second day in a row, the FOX 35 Storm Team has declared today a FOX 35 Storm Alert Day.

Almost the entire viewing area is outlined in a "MARGINAL" risk of strong to locally severe storms on Tuesday. Radar will likely begin to trend active as we head through the morning hours, holding steady for the afternoon as well. 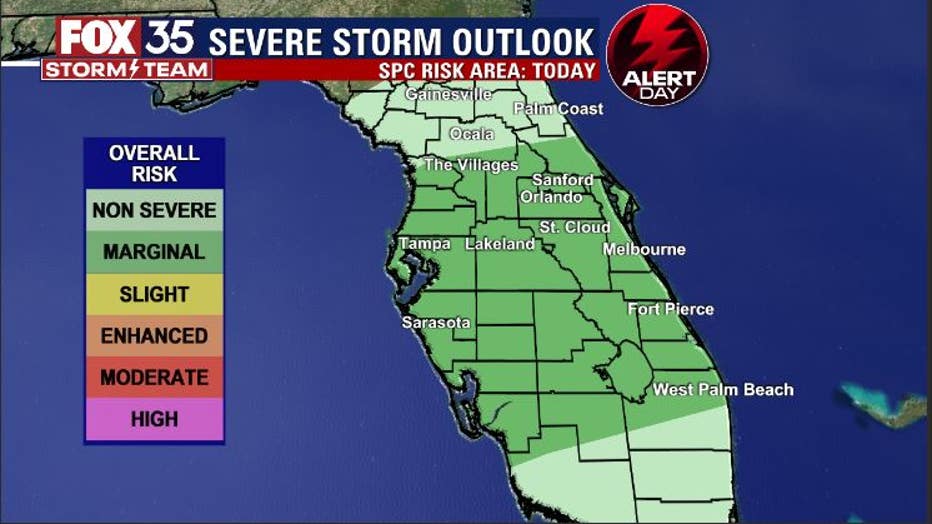 Thunderstorms developed over the Gulf of Mexico and West Central Florida throughout the day. The storms built in a relatively favorable environment and intensified, enabling storm growth. This means the lightning count increased, as well as the potential for damaging winds and the possibility of a brief tornado. 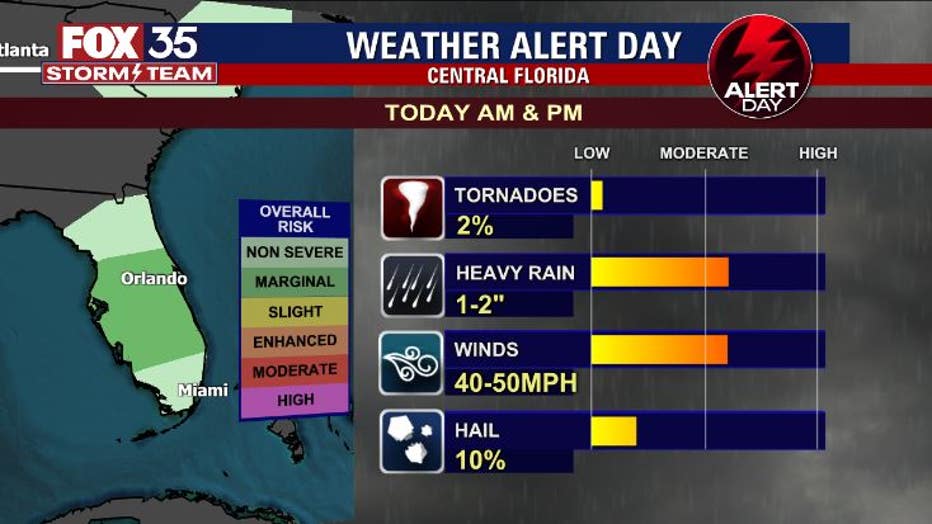 Storms could remain strong through the afternoon hours as much of the viewing area remains at a "MARGINAL" risk of severe thunderstorms. People of Central Florida should remain weather aware and stay with the FOX 35 Storm Team for the very latest in the changing weather conditions. 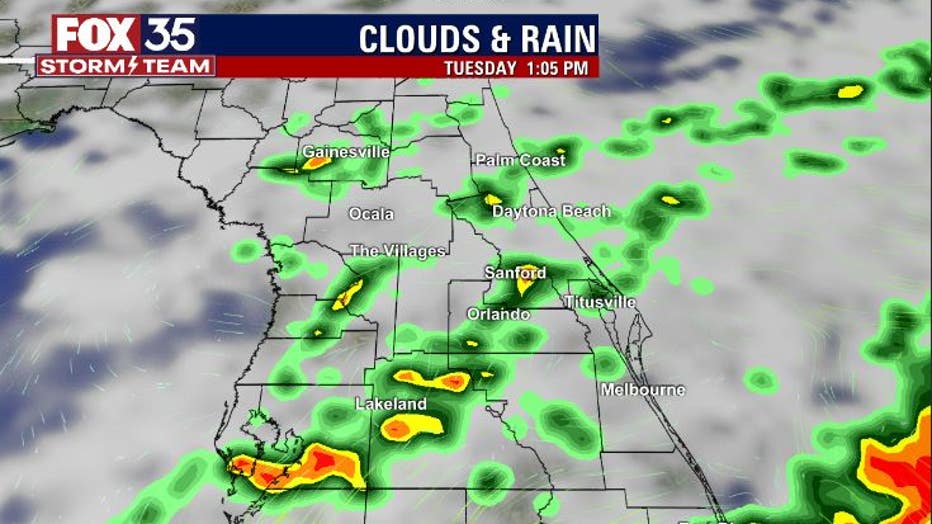 Areas of North Central Florida will be a little less active. Lower rain amounts and less intense storms look to be the case up that way.

"We'll be tracking the whole area regardless," said FOX 35 Storm Team Meteorologist Jayme King. "The concern today is the potential for damaging wind gusts and perhaps a brief tornado."

The latest storm risk assessment from the FOX 35 Storm Center points to heavy rain, lightning, and strong winds as the main weather concerns. Some of the stronger storms could put down as much as one to two inches of rain per hour. 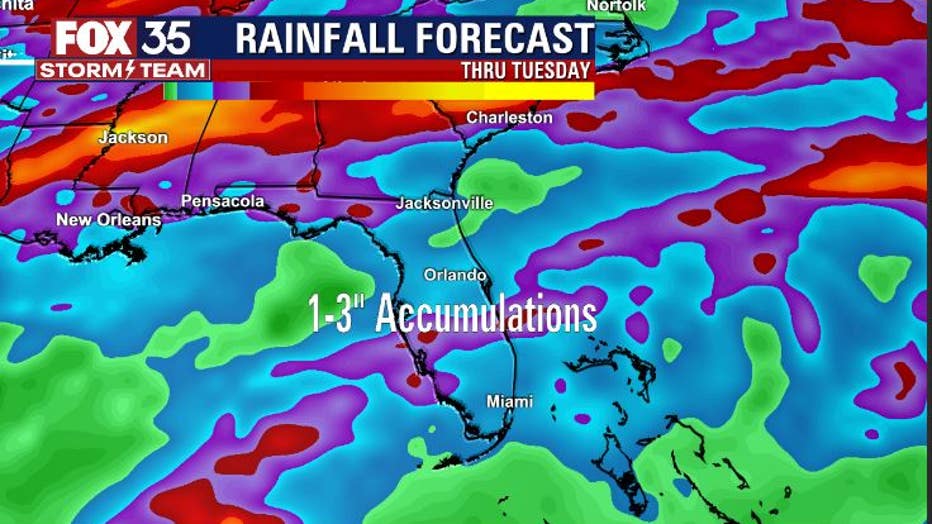 In regards to the hail, dime to nickel size will be possible but occurrences should be isolated. In fact, a FOX 35 viewer sent in a photo of hail in Orlando. 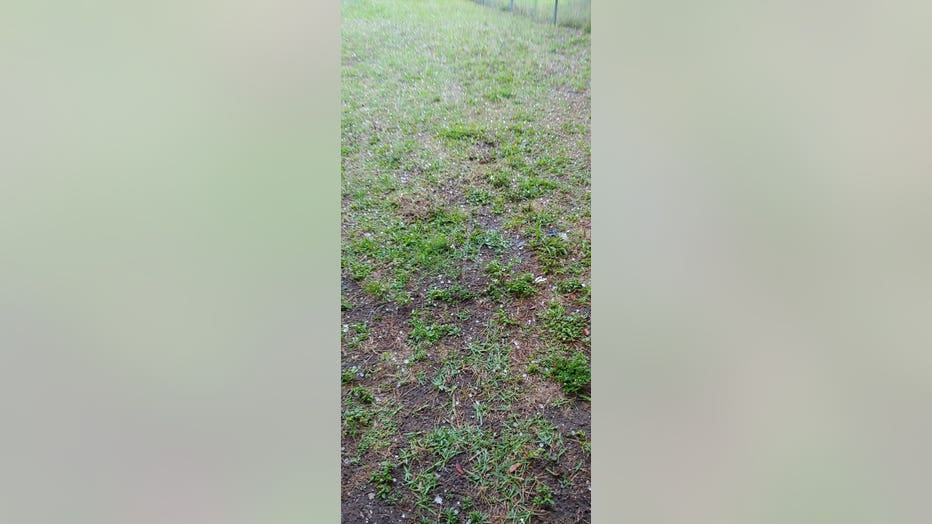 Rainfall accumulation maps are highlighting an additional one to three inches of rainfall this Tuesday. Ponding of water on roadways and even some flooding of lower-lying areas are both possible. Good information to keep in mind if you are driving at any point.

The good news is that late Tuesday night, we go from wetter to better quickly.

Dry air will follow up behind the departing rainmaker. This will bring widespread sunshine back to Central Florida Wednesday through Friday. The morning will trend a bit cooler and the afternoons will be comfortably warm overall. 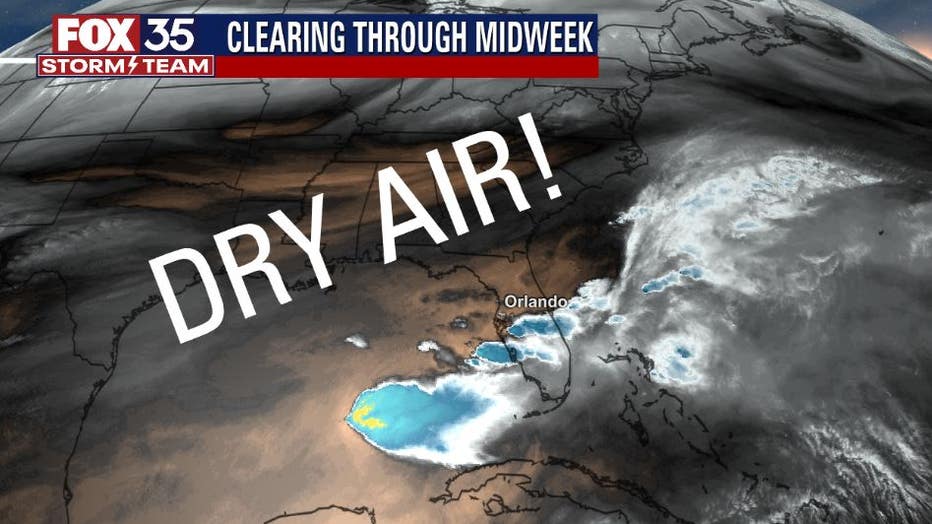 So, a little something to look forward to as we head through midweek.